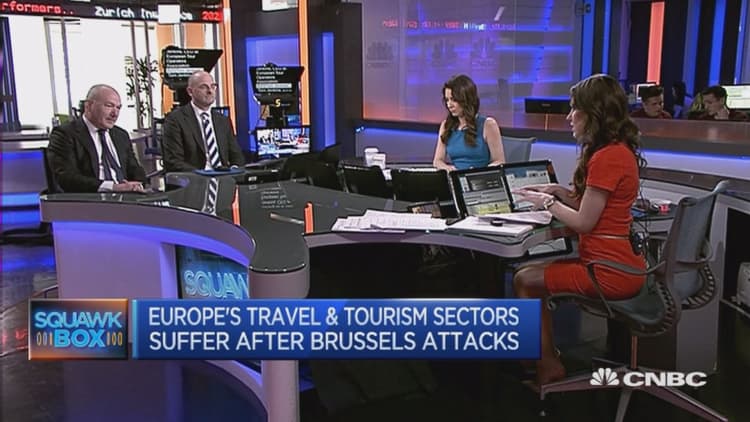 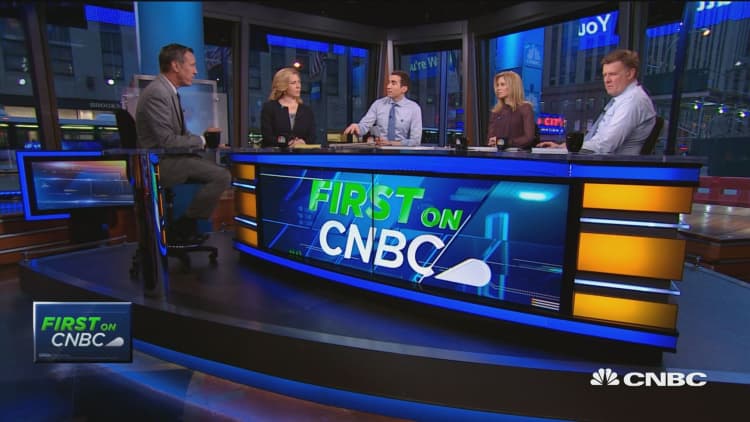 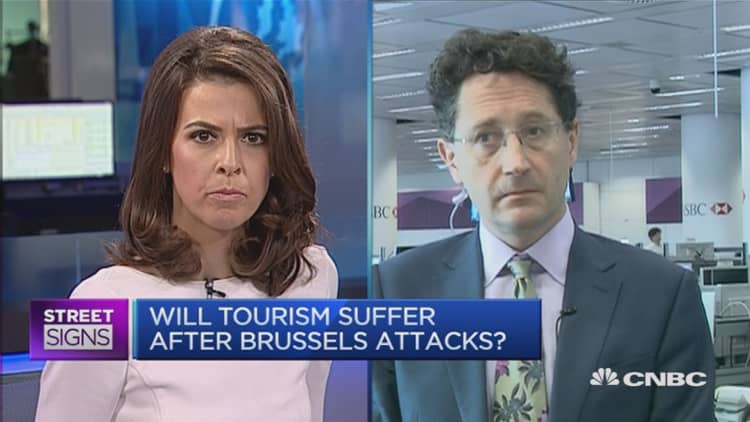 The terrorist attacks in Brussels that killed 32 people last week are set to knock international visitor numbers across Europe in the months ahead.

Data from Forwardkeys, a travel intelligence provider, suggests international arrivals in Europe between April 14 and August 31 will be 5 percent lower than in the equivalent period last year, based on airplane seat bookings.

While the worst impact will be felt in Brussels, where international arrivals are seen down 24 percent, multiple major cities in Europe will also be hit, according to the data, which Forwardkeys published on Friday.

"There is a ripple effect through most European destinations," Forwardkeys CEO Olivier Jager told CNBC via phone on Friday.

Thirty-two people from a variety of countries were killed in bomb attacks at Brussels airport and Maelbeek metro station in the city on Tuesday last week.

He forecast a similar impact for the Brussels attacks.

"We think that the impact of the recent terror incidents will affect all (airline) carriers. What we saw with Paris, it wasn't just to and from Paris, it was the fact that it was all travel to and from Europe and that travel within Europe on low-cost airlines, as well as long-haul on the major legacy carriers, was affected," Lobbenberg told CNBC on air.

Net airline bookings to Brussels fell by 136 percent in the seven days following last week's attacks, according to Forwardkeys. This was a deeper hit than the 101 percent decline that Paris suffered in the week following its November attacks.

Flight bookings to Paris and London have also declined in the wake of the Brussels attacks, Tom Jenkins, CEO of the European Tour Operators Association, told CNBC on air on Friday.

The U.K. threat from terrorism is rated "severe" by its government, meaning an attack is judged highly likely, and a state of emergency remains in place in France after the November attacks.

However, Jenkins said the hit to travel from events like terrorist attacks was less than it once was.

"Over the last 30 years we have seen multiple shocks to the inbound tourism industry in Europe and this is something we almost expect," he told CNBC.

Holidays on the moon: Time to pack your bags?

The busy summer holiday season will be key to judging the medium-term impact of the latest attacks.

Jager said European countries like Spain that have not suffered recent terror attacks and are traditional summer destinations should do well.

On Thursday, TUI Group, a German multinational tourism company, reported that demand for mainland Spain, the Spanish Canary Islands and long-haul holidays from Europe was strong in the six months to March 31.

"Frankly, Europe, being a number one destination for tourism, will always be on the rebound — but it is how long it will take… and how big will be the impact," Jager told CNBC.