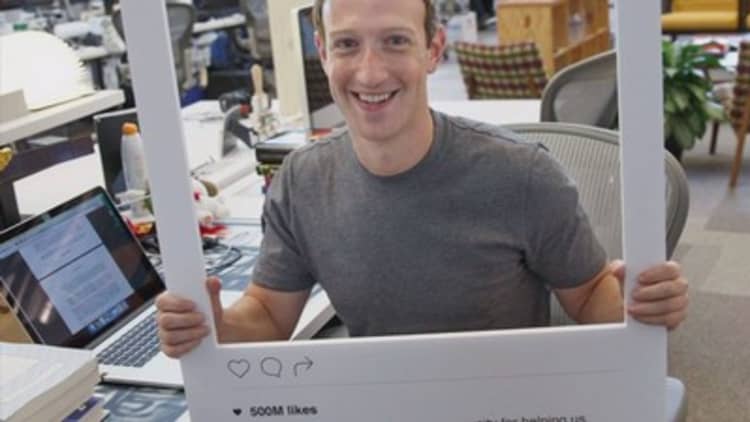 Today, as Instagram celebrated reaching 500 million monthly users, Mark Zuckerberg posted a photo of himself enjoying the moment. But after he did, some sharp observers noticed another detail: the laptop on his desk, which seems to have a webcam wrapped up with tape.

Zuckerberg is apparently paranoid enough about hackers that he took the extra security step, in a move to shut down any prying eyes savvy enough to gain control of the camera. There also appears to be some sort of obstruction on his mic jack, although it's unclear what — tape, or some kind of dummy plug?

More from The Verge:
Taking the headphone jack off phones is user-hostile and stupid
Bentley used NASA technology to take this 53-billion-pixel picture of a car
How virtual reality gaming is blowing its big chance in 2016

(As Gizmodo points out, this really does appear to be Zuckerberg's desk; the same setup was shown in a Facebook Live video last year.)

Zuckerberg isn't the first high-profile person to have this concern. In April, FBI Director James Comey said he placed some tape on his laptop after he saw "somebody smarter" with a taped-up camera.