Why we should give every adult $1,000/month for free 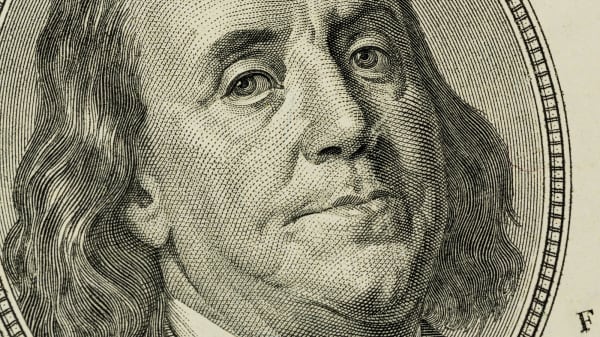 A tsunami of economic disruption is barreling toward the United States, and, as Pimco co-founder Bill Gross observed in his May "Investment Outlook," "No one in 2016 is really addressing the future as we are likely to experience it … Virtually every industry in existence is likely to become less labor-intensive in future years as new technology is assimilated into existing business models."

A 2013 Oxford University study concluded that 47 percent of jobs in the U.S. are at risk of being eliminated due to software, robotics and machines learning artificial intelligence. A McKinsey Global Institute study delivered similar results and went further to say that, if artificial intelligence progresses and is able to process and understand natural language a little better, that number could quickly jump to 58 percent of work activities that are automatable.

Sadly, rather than this growing weight of evidence being a call to action or promoting a rigorous debate on answers to the impending threat, the silence is deafening among our elected leaders. The void is filled by the back-and-forth arguments of the economists.

Here's what I propose to both finally end poverty now and as insurance later to ease the difficult transition of what the experts are predicting in job loss — a universal basic income. Universal basic income may be the biggest "new" idea of the 21st century, although it traces its history to Thomas Paine, Milton Friedman and Richard Nixon, whose bill twice passed the U.S. House of Representatives.

How would it work? Each month, every adult would get a check for $1,000 — that's $12,000 a year, just above the poverty line. It's that simple. A form of universal basic income has been in place in Alaska since 1976, paid as a dividend from oil revenues from the North Shore. In 2014, that dividend provided $1,884 to 640,000 individuals using funds from a single revenue stream. By eliminating 126 current welfare programs that would be made redundant by UBI; instituting a financial transaction tax, which our country already had for 50 years; eliminating many, or all, federal tax expenditures and levying a value added tax (VAT), we could provide the funding necessary for a UBI.

There have been several basic income experiments, mainly in Canada, Africa and Europe. The closest to the U.S. was a tiny Canadian town of Dauphin that experimented with "Mincome" (minimum income). During the five-year experiment, only two groups of people were found to work fewer hours: adolescents (because they felt no pressure to support a family) and new mothers (because they wanted to spend more time at home with their infants). And, unexpectedly, hospitalization rates went down and high-school completion rates went up. Now, more experiments are being developed in Canada as well as Finland, Utrecht, Namibia and through the nonprofit GiveDirectly. Silicon Valley has also embraced the idea, with Y Combinator piloting a universal basic income program of their own in Oakland.

At a time of wide-scale predictions of massive disruption, we should model how our companies and our military react to threats — make plans for all scenarios.

Remember: When we ignored credible warnings in Flint or with GM ignition switches, there were repercussions and investigations.

Change is inevitable. It is progress that's optional. Leadership and planning now can make all the difference.

Commentary by Andy Stern, the former president of the Service Employees International Union and a current senior fellow at Columbia University. He is also the author of the new book, "Raising the Floor: How a Universal Basic Income Can Renew Our Economy and Rebuild the American Dream." Follow him on Twitter @AndyStern_DC.