The technology company posted fiscal fourth-quarter earnings per share of 69 cents. Revenue came in at $22.64 billion. 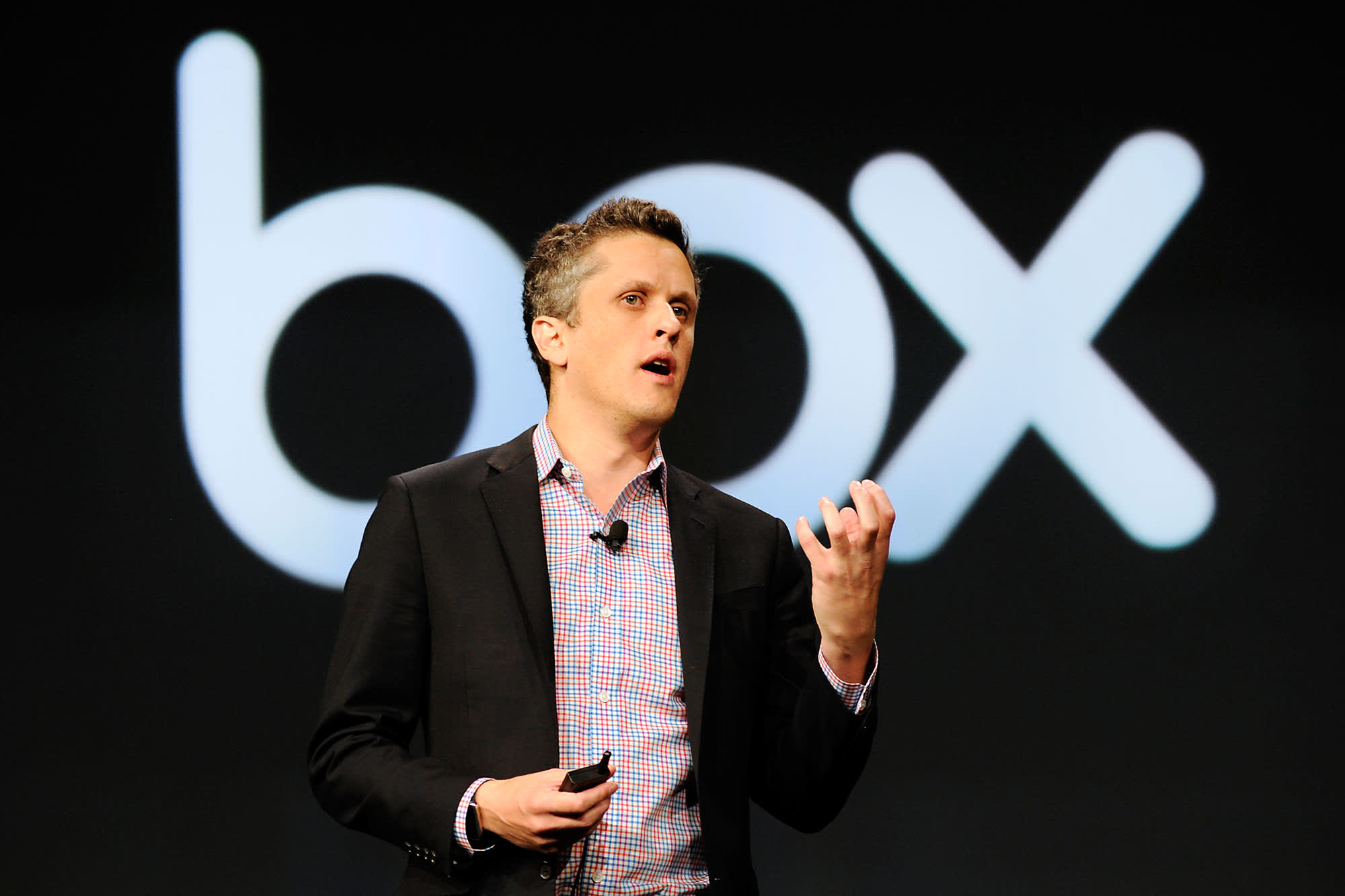 That's compared to year-earlier profit of 62 cents a share and revenue of $22.18 billion. Analysts expected Microsoft to report earnings of 58 cents per share on revenue of $22.15 billion, according to a Thomson Reuters consensus estimate.

Net income hit $3.1 billion, adjusted. Shares of the company popped more than 3 percent after the report.

"The Microsoft Cloud is seeing significant customer momentum and we're well-positioned to reach new opportunities in the year ahead," CEO Satya Nadella said in a release.

For the entire intelligent cloud segment, revenue grew 7 percent (10 percent in constant currency) to $6.7 billion. Analysts had expected the segment to hit $6.61 billion in the fourth quarter, according to the StreetAccount consensus.

Revenue for the Azure business was up 120 percent in the previous quarter as Microsoft was trying to close the gap with market leader Amazon.

"I think I have a strong line of sight to AWS's margin profile," Amy Hood, executive vice president and chief financial officer of Microsoft, told investors on a conference call.

Analysts Sarah Hindlian and Frederick Havemeyer of Macquarie Capital, for instance, said before the report they are "highly focused on any room for upside in this segment."

"I think this is really a sign that big tech if finally getting to be a part of the game and what's going on," Tim Lesko, principal at Granite Investment Advisors, said Tuesday on CNBC's "Closing Bell." "That game is enterprise services over the cloud. We're pretty heartened that they're really seeming to take the forefront rather than being a five-year laggard in the business."

Wall Street was watching for details on the uptake of Office 365, which includes services like Word, Excel, PowerPoint, and Outlook delivered over the internet across devices. A transition to a subscription-based business model is expected to accelerate sales growth in coming years, Cowen and Co. said earlier this year.

"I think it's better than we thought, it was certainly what we were hoping for," Julie Goodridge, CEO of Northstar Asset Management, who has a position in the company, told "Closing Bell" about the earnings.

It all comes amid cost-cutting at Microsoft's money-losing phone business. By shuttering most of its hardware activities, Microsoft could save between $500 million and $800 million, said Stifel analyst Brad Reback.

Phone sales slid 71 percent (70 percent in constant currency) during the quarter, according to the report.

Microsoft's earnings report marks its first since the announcement of its agreement to buy LinkedIn.

Though it's too soon for the social media platform to impact this quarter's earnings, Microsoft gave commentary regarding the rationale behind the deal, timing and integration of LinkedIn's rich array of data.

LinkedIn could be useful for industries like recruiting, training and marketing, as Microsoft moves away from siloed offerings, toward collaborative tools and services that come along with joining Microsoft's cloud, Nadella said.

"I sort of look at what we're doing with Office 365, Dynamics 365, app stores, and LinkedIn as part of the same strategy," Nadella told investors on a conference call. "The professional network helps all of that."

Disclosure: Tim Lesko does not own Microsoft stock, but it is owned by clients.