Hi-fi music streaming: People can't tell it when they hear it 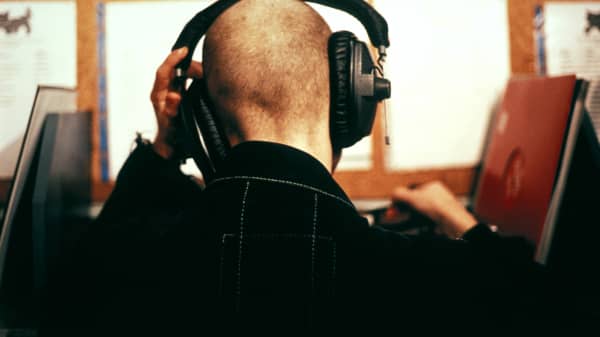 Music streaming services are the new frontier in an all-out tech industry war.

A big factor in choosing a service is sound quality. In particular, a new batch of high-fidelity streaming services, including Tidal and Deezer, are now competing against companies like Spotify, Google, Apple, and Amazon, which offer standard sound quality in their streaming products.

We wanted to find out: How much better are the higher-quality services?

Our research suggests that most people can't hear any difference. (For a full explanation of how CNBC carried out our test, click here. Our investigation was not a scientific test, but we did try to replicate what most consumers would do when they're choosing a service: turn on the music and listen to decide what's best.)

Let's be up front about this: The quality of the music you hear is based on countless factors. The quality of your speakers (or headphones) matters, and so do the way the music was created, the strength of your internet connection to stream, and so on.

Among the high-fidelity services, you might be most familiar with Tidal, because Jay-Z is the company's big-name owner and co-owners including Kanye West. The Tidal website describes its music like this:

"...delivered in lossless, CD quality (1,411 kbps vs. 320 kbps for standard streaming). HiFi streaming delivers an uncompressed sound file, which means that you can hear every instrument and every note — as the artist intended. This tier costs $19.99 per month." 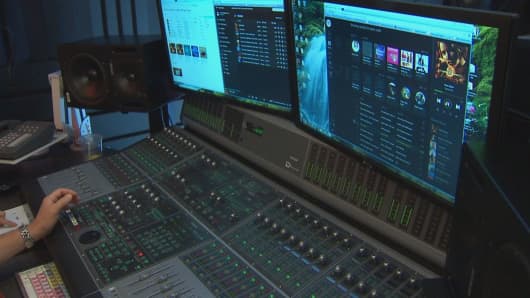 That's exactly what we wanted to investigate: Is the full CD sound quality (and all that 1,411 kbps data you'd be streaming) any better than the typical 320 kbps being offered by services like Spotify, Google and others?

We conducted our test in the high-fidelity audio "sweetening" room at CNBC headquarters. We had top-notch Genelec speakers, a wired internet connection, and professional audio experts conducting and overseeing the test. We brought in many of our colleagues for a blind test — hearing three songs each with three different services — to find out if they could hear the difference between high-fidelity and regular-quality streaming. Again, the details on the test are available here.

The three services we used were Tidal (to represent hi-fi), Spotify (to represent normal quality at 320 kbps) and Apple Music (which streams at 256 kbps, but with a more efficient compression algorithm). When Spotify or Apple Music had occasional browser or library issues, we substituted Deezer's standard-quality service (at 320 kbps).

The results were dramatic. We played a total of 48 songs, and 16 times the person correctly identified the high-fidelity service. That's exactly 1 of 3 — the same figure one could expect from completely random guessing.

At least four times, people simply offered no guess, saying they couldn't hear any difference. The conclusion from our tests suggests that above a certain level of compression, people cannot distinguish between services.

We reached out to the companies involved to get their thoughts. Most of them declined to comment.

But Alexander Holland, chief content and product officer at Deezer, stressed that the listening experience can be affected by outside factors. "The difference is audio quality can depend on external conditions such as the environment, headset, speakers and devices," he said. "Music-loving audiophiles can definitely detect the difference between the different level of sounds."

Holland also pointed out that basic Deezer, which normally streams at 320 kbps, can be adjusted to 128 kbps for "a more data-friendly option." Deezer Elite is the high-quality stream, at 1,400 kbps.

Jay-Z himself has explained that "if you have a $10 pair of headphones, you should probably buy the $9.99 plan," suggesting the more expensive high-fidelity plan isn't for them.

But does hi-fi reduce stress levels?

But here's the thing: Even when we were in a room with hundreds of thousands of dollars worth of audio equipment, people still could not tell the difference. If they can't hear it with such good equipment, they may be unlikely to do so with worse equipment that muddles those differences.

A recent online NPR survey suggested the same results: The general public simply cannot tell the difference in sound quality. Other research has come to the same conclusion.

In-house music expert Steve Liesman suggested that the high-fidelity music makes an impact not on listeners' ears, but on their minds and hearts. He said that "lossless" music reduces stress levels, while heavily compressed audio requires listeners' brains to fill in the gaps. Sure, you might hear it the same in your ears, but over time it raises your stress to keep mentally interpolating the missing sound data.

Liesman also pointed out that you don't know how the music was mastered in the first place. The sound could have been designed for excellent speakers, or it could have been designed for low-quality earphones. A lot of modern music is mastered differently than in the past, increasing the emphasis on certain sounds rather than others, to keep up with how most people in today's world will actually listen to the music.