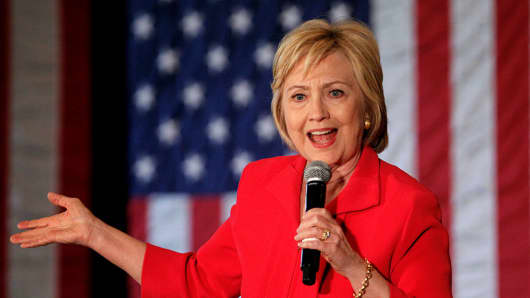 Doing the same thing over and over again and expecting different results, when in fact the results never change, is one definition of insanity. That definition works for economic insanity, too.

And with all this, strong economic recovery from a deep recession -- which has been an American tradition -- never came to pass.

Another recent Journal headline asserted: "Productivity Slump Threatens Economy's Long-Term Growth." The story noted that output per hour is experiencing the longest losing streak since 1979. The U-6 underemployment rate stands twice as high as the traditional unemployment (U-3) rate.

Yet Obama has continued to do the same thing over and over again.

Her program would raise taxes on so-called rich people, corporations, capital gains, death, and stock transactions. She would spend massively on infrastructure and again mandate rules for private businesses. Remarkably, she has no corporate tax reform (even Obama had a plan) to revive corporate investment and boost productivity, wages, and living standards.

Now here's the question: By repeating Obama's policies, how does she expect the economy to do any better than it did during Obama's presidency?

Clinton's goal is not economic growth, but reducing inequality and social injustice in the name of "fairness." But she never tells us what "fair" means, although we know it's code for higher taxes and larger government. 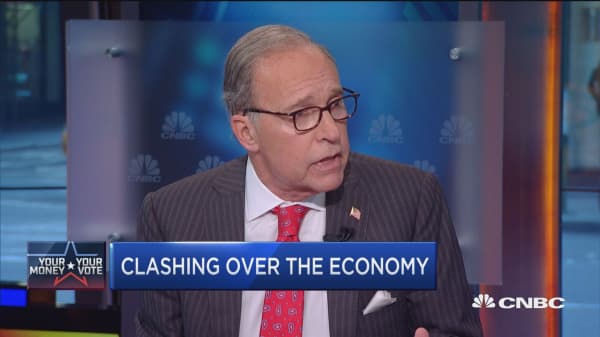 Now let's bring in Donald Trump. He wants to lower taxes across-the-board for individuals and large and small businesses, significantly reduce burdensome regulations, and unleash America's energy resources. (Hillary would end coal and oil-and-gas fracking.) Trump's corporate tax reform would restore America's position as the most hospitable investment climate in the world. For a change, businesses and their cash would come back home.

The contrast between the two economic-policy strategies couldn't be clearer. Clinton has a recession strategy. Trump has a recovery strategy.

Clinton derides Trump's plan as more "trickle-down economics." But she forgets something. Post-war economies prospered most following the JFK and Ronald Reagan tax cuts. In fact, in his second term, her husband followed the incentive-model of growth by reducing taxes and reforming welfare, with excellent economic results.

So why not give tax and regulatory relief a try. It's been missing for seven-and-a-half years. Why not try something different for a change?

When you read Clinton's Detroit economic speech you see repeated references to making sure the top 1 percent pays its fair share. Ditto for corporations.

But here's a big factual mistake. A recent CBO study shows that "the rich" don't just pay a "fair share" of federal taxes, they pay almost everybody's share -- particularly when it comes to financing government-transfer payments.

A recent Tax Foundation study, using IRS data, shows that in 2013 the top 1 percent paid an average 34 percent of federal taxes, while the middle 20 percent paid only 12.8 percent. 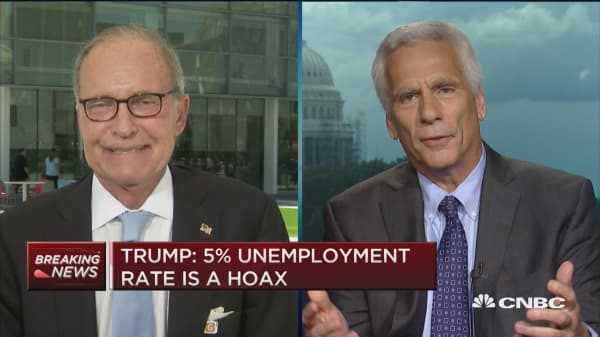 Yes, shareholder stock values will go up too. But it's not simply the rich that gain from this. Remember, all those government and private-sector unions are heavily invested in stocks. They hate tax cuts. But it is precisely those tax cuts that will boost their pension and retirement-benefit totals. Ironic, isn't it?

Plainly, Trump intends to reward success, while Clinton will punish it. She wants the government to run the economy. He believes in the growth engine of free enterprise.

Trump understands that you can't have good-paying jobs unless you have strong, healthy businesses. But if investors and businesses are harassed by overregulation and uncompetitive taxes, firms will stagnate or fail and jobs and wages will shrink.

Hillary never ran a business. So she doesn't understand this model. It's not a Republican or Democratic model. It's a commonsense, American model of prosperity.

A long time ago I watched Ronald Reagan repeat a few simple points about the benefits for everyone of lower taxes, lite regulations, and limited government. Successful policies are sold by repetition, not unrelated tangents. Trump must learn this. If he does he will win.