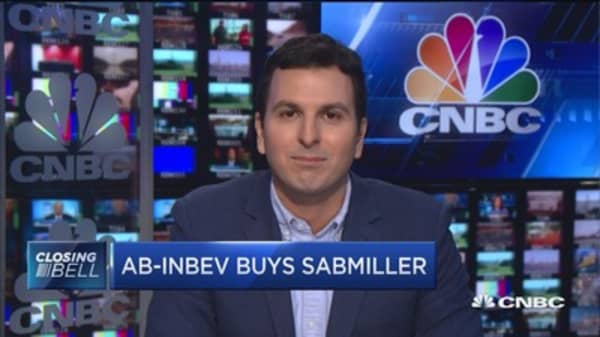 After months of shedding assets to appease regulators, the massive merger between Anheuser-Busch InBev and SABMiller was finally approved by SABMiller shareholders on Wednesday.

Investors voted 95 percent in favor of the AB InBev takeover. The deal is worth over $100 billion — one of the largest in corporate history. The new company will be the most profitable consumer products firm in the world, beating out giants like Nestle and P&G.

In the world of beer, the company will sell 27 percent of global beer volume and make up 47 percent of global profits. That includes major global brands like Corona, Stella and Budweiser. The new InBev will have triple the revenue and four times the profits of the next closest competitor — Heineken.

The merger could have actually resulted in an even bigger AB InBev, but it had to sell many assets to get the deal done. The notable selloffs include the U.S. stake in MillerCoors, and the global rights to Peroni and Grolsch, along with the Chinese beer Snow, a global best-seller.

The selloffs highlight a big part of the thinking behind the merger: reduce exposure to mature regions like Europe and North America, while focusing on growth areas like Africa. The new shares will start trading October 11. 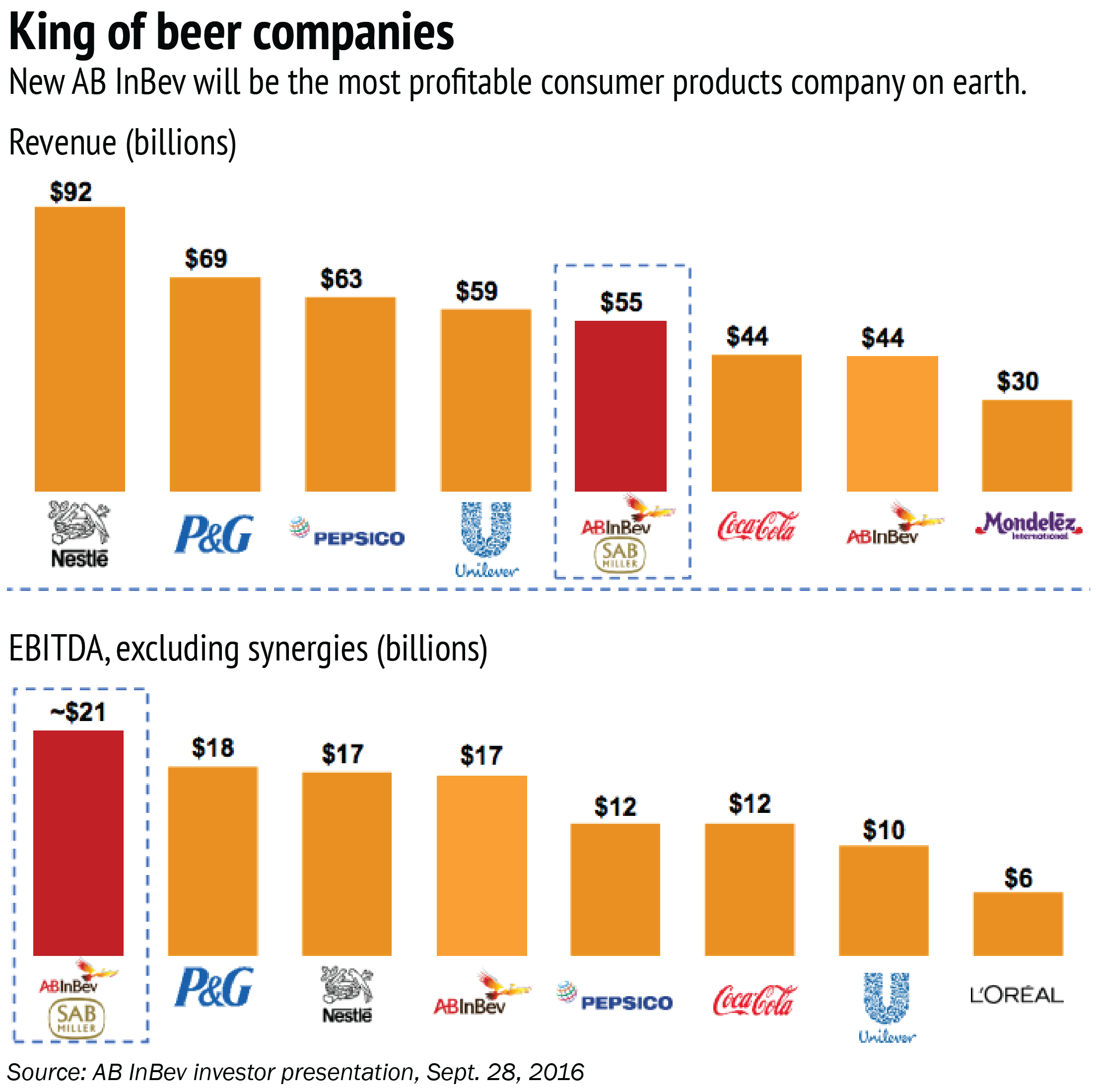