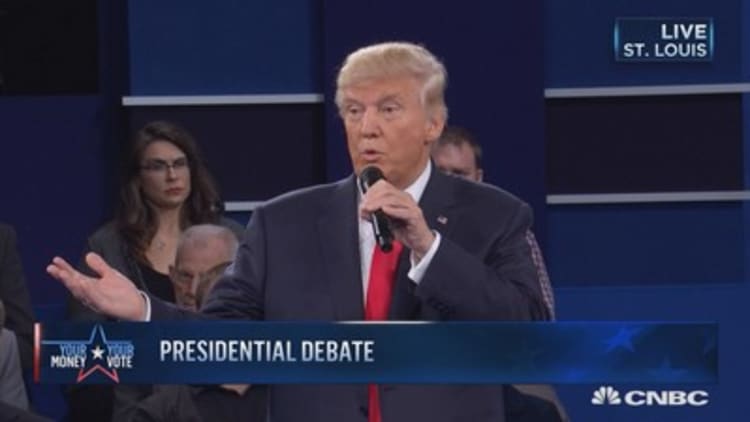 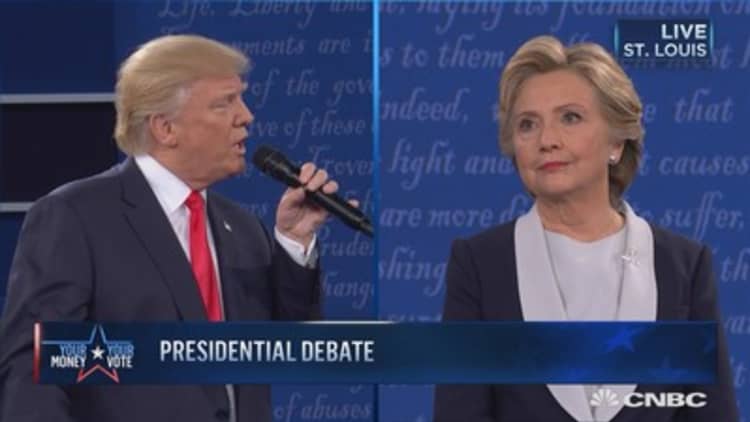 watch now
VIDEO2:0602:06
Trump to Clinton on taxes: All your friends take the same breaks I do
Presidential Debates 2016 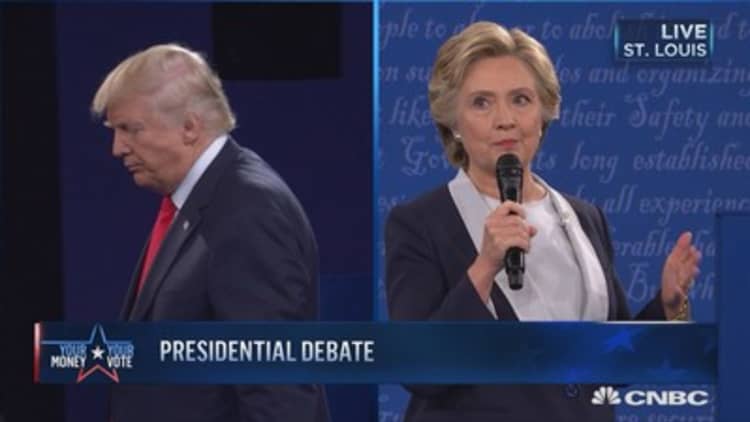 "I understand it, the tax code, better than anybody that's run for president," Trump said at the second presidential debate in St. Louis.

Trump and Hillary Clinton clashed on how they would change the tax code for the wealthiest Americans, with Clinton attacking Trump for minimizing his tax burden and Trump claiming Clinton does not want reforms that would harm her wealthy supporters.

Both candidates were asked how they would reform the tax code to reduce loopholes for the rich. Trump has admitted to using those rules to minimize his tax burden, saying he "brilliantly" used them to his advantage.

Trump claimed a nearly $1 billion loss in 1995 after a series of struggling ventures, according to a report obtained by The New York Times.

In describing his reforms, Trump specifically cited only removing the carried interest loophole.

Clinton touted her plan to ensure people making more than $1 million a year pay a tax rate of 30 percent, called the "Buffett rule" after Buffett. She also cited her proposal to put a surcharge on incomes above $5 million.