Is your Sears or Macy's closing? Here's a look at the stores that will go dark 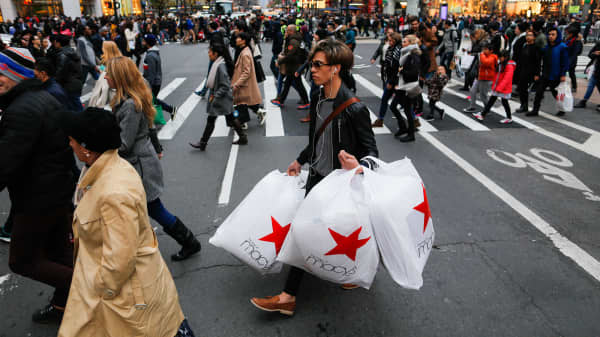 Two department store chains detailed massive closure plans Wednesday, setting the stage for more than 200 of their combined locations to close this spring.

Sears Holdings will shutter 108 Kmart and 42 Sears stores over the next few months, as it looks to stem its operating losses. The company released the list of stores it plans to close after an SEC filing from Seritage Growth Properties was posted Wednesday. The real estate investment trust disclosed that it would terminate the leases on 19 unprofitable stores that had been sold off to it.

Meanwhile, Macy's provided a list of 68 stores it has close or will close by the middle of this year as part of a previously announced plan to close 100 stores. Macy's, which also disclosed plans to restructure its management, has been shifting its strategy to reallocate spending toward new store concepts and its website amid declining sales. Macy's will close another 30 or so locations over the next few years as leases or operating covenants expire, or sale transactions are completed.

The industry has been keeping a close eye on where Sears and Macy's will go dark, as it could be a death knell for a mall to lose both anchor tenants.

In a note to investors on Tuesday, Morgan Stanley analysts said they had identified 578 malls that have Sears as a tenant — about 53 percent of those included in its proprietary database. More importantly, the firm noted that there is "high tenant overlap, with 350 of these malls (or 61 percent) having both Sears and Macy's as a tenant."

Appearing on both retailers lists', the Shenango Valley Mall, in Hermitage, Pennsylvania, is one such example. J.C. Penney is also listed as a current tenant at that mall.

For a closer look at the where the looming store closings are, see the map below.