Op-Ed: The EU is in bad shape, but the euro is a well-managed currency 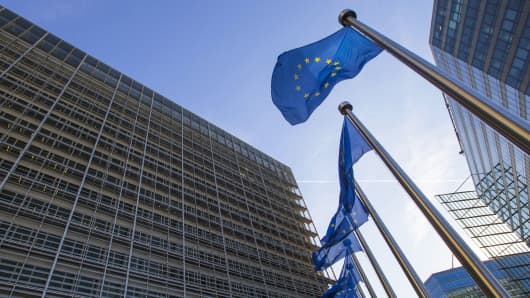 The European project of economic and political union is stalled by the French and German inability to respect and celebrate their differences.

The last financial crisis, and the ensuing Great Recession, has been a moment of truth that lifted the veil on a 60-year old make-believe. Ignoring dire problems of the French economy, and repeated appeals of its hard-put neighbor, Germany imposed a devastating, pro-cyclical fiscal austerity, with (short-term) job-killing structural reforms.

And when the European Central Bank (ECB) moved to offset the fiscal austerity with an appropriate monetary easing, Germans went furious because cheap and abundant credit would prevent their demolition job. Resignations followed of German representatives to the ECB's governing council, and a slew of unsuccessful law suits were filed with the highest judicial authorities in Germany and in the E.U., accusing the ECB of violating its policy mandate.

The latest, very saddening, development is that for German leaders the euro has become an "instrument of hate." They are saying that Germany is resented because of policy constraints imposed by the common currency. But no thought is given to the fact that Germany lives off its E.U. partners with an estimated trade surplus of 160 billion euros in 2016. That amount represents 75 percent of Germany's total trade surplus and a 6 percent increase from 2015.

Things get even weirder. Feeling pressure from President Trump, Germans are blaming the ECB for their huge, $300 billion, trade surplus (a whopping 9.2 percent of GDP) recorded last year. According to Berlin, the ECB's exceptionally loose policy has made the euro too weak and more appropriate for Portugal or Slovakia (notice the insensitive and arrogant swipe at their fellow Europeans) than for what they call a highly competitive, export-oriented German industry. 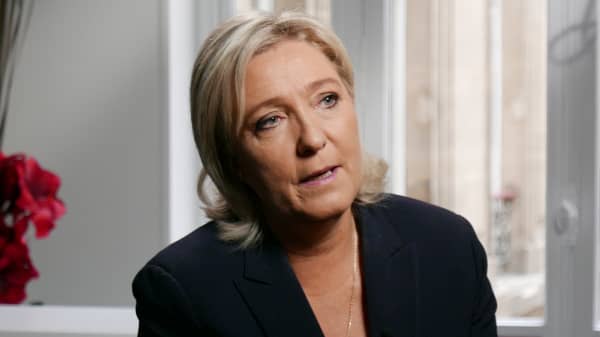 A weak euro? Not at all. All of the euro's weakness since Nov. 8, 2016 is due to the "Trump effect." But the euro's trade-weighted value at the beginning of last November was up 4 percent from the year earlier. No, the euro has nothing to do with German surpluses; they are a result of Germany's refusal to generate more growth from stronger domestic demand so that its trade partners can sell it something.

Watch for Maestro Draghi (Mario Draghi, the ECB's president) making fun of this nonsense. It's also possible that Germans could get a tweet from Washington, if our experts would explain to Mr. Trump that he should insist, directly and through the IMF, on Germany's policy change (rather than harp on the exchange rate) to get off the exports gravy train and stimulate private consumption, residential investment, infrastructure rebuilding and buy some spare parts for its allegedly grounded Luftwaffe fighter planes.

That eloquent French blonde is another German bugaboo. They see, perhaps correctly, Marine Le Pen, the leader of Front National, as being hell-bent on destroying the German superbia by restoring some balance to the French-German relations, where Germany wants to keep its upper hand.

The German and French elites are so blinded by Ms. Le Pen's popular support (she handily beats her two opponents in the first round of French elections on April 23) that they cannot tell the bluff from real political threat.

The core of Marine Le Pen's present political platform was set in 1972 when her father, Jean-Marie Le Pen, a ferocious paratrooper during the French war in Algeria (1954-1962), began his campaign against waves of African immigration. He warned about its impact on French national identity, culture, religion, politics and social issues. Marine joined her father's political journey – which, to this day, looks like a "France First" program -- when she was only 14 years old (she is 48 now). 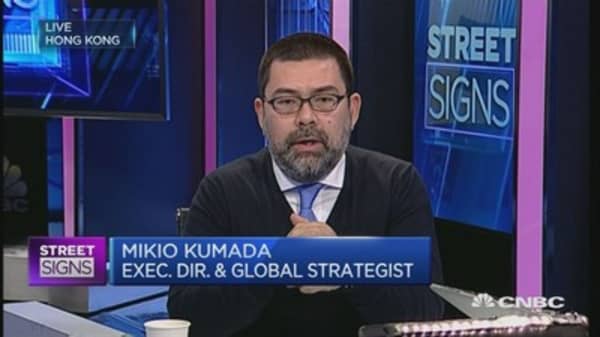 Being an astute politician, Ms. Le Pen is mixing this up with France's rising poverty, an unemployment rate of 9.6 percent and the economy's quasi-stagnation (with growth rates of 1 percent) to show the dismal failure of the governing elites.

That is not a bluff. She has votes on all these points. But the bluff is her threat to take France out of the E.U. and the euro area. She has no votes for that.

Ms. Le Pen is railing against the E.U. for reasons of uncontrolled immigration, open borders, security problems and too much sovereignty ceded to the E.U. Commission over a broad range of economic, political and social issues. So, if elected, she says she would not go to Berlin, as is the custom, but to Brussels to negotiate these issues. And, of course, she would delight in ruffling the feathers in Berlin, because she would not allow the Germans to boss France around by using Brussels bureaucracy.

Can she win? Yes. She has a clear shot at the presidency if the centrist candidate, the young Mr. Macron, continues to conduct his bland, "same-old-thing" colorless campaign. His repeated trips to Berlin may also be his political kiss of death. [Mr. François Fillon, an experienced right-of-center politician would win hands on, but he is being destroyed by law suits.] Ms. Le Pen, by contrast, is a formidable fighter "au nom du people" (in the name of the people), with arguments that are connecting with people's concerns -- and she is driven by a rage to win (aka, "fire in the belly").

Germany has also become an exciting political theater. The scorched-earth austerity policies, huge social and security problems created by unbridled immigration, and a rejection of German highhandedness in the rest of the E.U. have taken a toll on the governing center-right Christian Democrats. The long-serving Chancellor Angela Merkel is losing ground in the run-up to next September elections to Martin Schultz, a passionate European and a candidate of the Social Democratic Party (SPD). 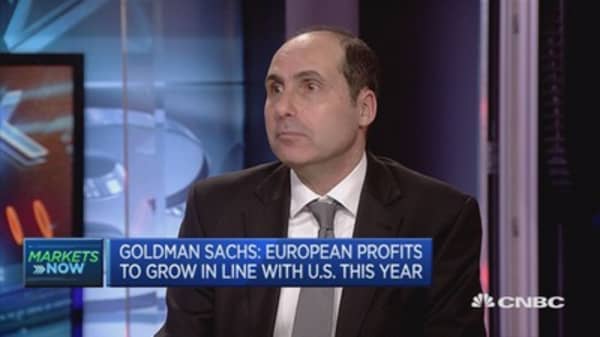 Mr. Schultz, a former president of the European Parliament, wants to invigorate the E.U. through more sensible and reasonable economic and social policies. He also wants to review tough labor and welfare policies in Germany, introduced by an earlier SPD government, which have alienated his party's core constituencies and relegated the Socialists to the role of junior partner in the grand coalition with Christian Democrats.

So far, it's been plain sailing for Mr. Schultz, despite the fact that few details (and Germans love to picayune on details) have emerged about his election platform. The German media are also reporting that he may be formally investigated by the E.U. anti-fraud agency (OLAF) for alleged misdeeds during his tenure at the European Parliament.

As things now stand, the chances of restoring good working relations between France and Germany in the aftermath of forthcoming elections look very slim indeed.

That, however, should not threaten the stability of the euro. The monetary union is in the hands of the ECB – a supranational institution and a truly independent central bank.

Investors, therefore, should pay no attention to politicians' irresponsible euro chatter. The ECB is doing what it takes to maintain the euro's stable purchasing power, while supporting the monetary union's demand, output and employment.

Equities in the euro area offer good values, especially in markets that have been negatively affected by growing political uncertainties. A combination of loosening fiscal policies and very easy credit conditions have set in train accelerating growth dynamics that will continue regardless of election outcomes in Holland (March 15), France (April 23, May 7) and Germany (Sept. 24).