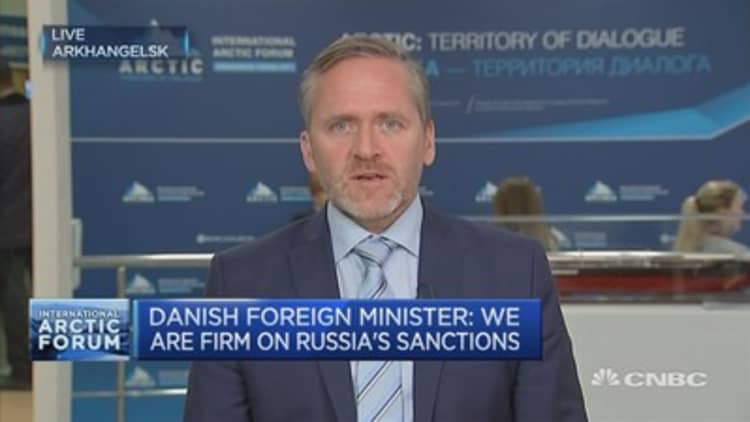 Denmark will be keen to put to bed concerns about its continued transatlantic relationship with the U.S. when its Prime Minister Lars Løkke Rasmussen meets with U.S. President Donald Trump Thursday, the country's foreign minister told CNBC.

"Hopefully we know a little bit more about how the U.S. and the President see the situation after the election because there is no doubt about it that we are concerned every time the U.S. step back, or indicate that they will step back, from this very warm transatlantic relationship that we value so highly in Denmark," Anders Samuelsen said.

Prime Minister Rasmussen becomes the latest European leader to meet with the President at the White House, following on from the likes of German Chancellor Angela Merkel and British Prime Minister Theresa May.

"We have a long tradition of strong ties with the U.S. and that I think that will be underlined again today by both sides.

"I think that President Trump and my Prime Minister will have a good meeting today and they will also have open and frank discussions on where we differ in perspectives."