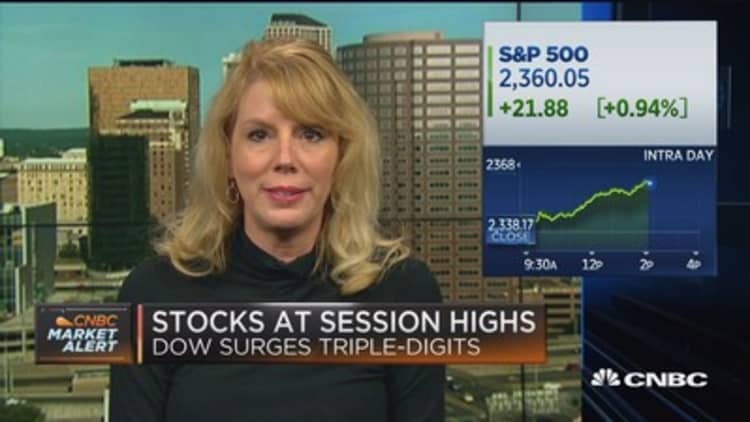 The U.S. and European markets are both going full throttle, but overseas is the place to be, experts told CNBC on Thursday.

U.S. stocks moved higher on Thursday afternoon, with the Nasdaq positive for April, the within 0.3 percent of breakeven for the month, and the Dow's monthly deficit at just 0.4 percent.

In overseas markets, France's CAC 40 outpaced Europe's other benchmarks, ahead of their first round of elections.

Timothy Ng, chief investment officer at Clearbrook Global Advisors, told CNBC's "Power Lunch" it should be "clear sailing" once the first round is over.

"Europe is outperforming the U.S. in both valuations and earnings," Ng said.

He favors the emerging markets, which he describes as "supercharged," but warns against "wildly overpriced" global sovereign bonds.

"Global manufacturing is the best catalyst for future growth," said Cavanaugh. "It's time to get global, especially within the emerging markets."

"It's all about the ABCs," said Cavanaugh. "Accelerating earnings. Broadening manufacturing. Consumers. These are the game-changers."

Her top three sectors are technology, financials and consumer discretionary, especially in areas that involve housing.