This oil rebound is just another fake-out. Here's where prices are really headed 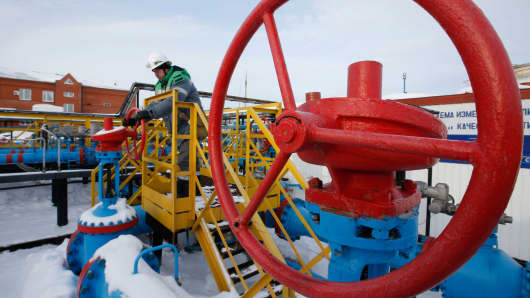 Since the crude oil bust began in late 2014, prices have rocketed through three major price rallies. Each rally was fueled by widespread hope and expectations – often stoked by announcements from Organization of the Petroleum Exporting Countries and other producers – that a market "rebalancing" was imminent due to shale output declines, surging demand, or OPEC intervention. But prices crashed anew after data emerged showing no decline in the glut.

The latest rally began last September amid discussions between some OPEC and non-OPEC producers to cut production. The rally gathered steam in December after 22 producers pledged to reduce their combined output by 1.8 million barrels per day from October levels. U.S. West Texas Intermediate soared to $57 per barrel from $45 average in September.

Yet despite heady expectations, slowly emerging oil market data once again dashed hopes that producer pledges would cause the towering oil glut to recede as soon as hoped. While Vienna Group producers report high compliance with production pledges, data on stocks, imports, and tanker shipments indicate the glut has not meaningfully diminished.

In recent weeks, oil prices have dropped more than 10 percent as dismayed bulls closed out their long futures positions. Burned for the third time since 2014, bulls may now be less willing to buy crude futures on producers' words alone and may instead wait for more tangible evidence of large, sustained stock draws. Alarmed OPEC officials are responding by hinting at a deeper and longer supply cut extension when they meet in Vienna on May 25.

Looking ahead, a May 25 Vienna Deal extension and visible (albeit seasonal) U.S. crude stock draws should trigger a summer price bump into the $50s. Indeed crude prices rose over three percent on Wednesday on news of a large crude inventory draw. But the next big question will be whether glutted crude and product inventories will drop significantly through the rest of the year as leading oil forecasters expect. I am skeptical, for three reasons.

Investment in shale should rise approximately 50 percent in 2017; the rig count for oil-focused rigs has already increased by 34 percent this year (703 oil-focused rigs currently, up from 525 at the end of 2016), with half of the additions in the Permian (the locus of shale activity). Despite cost inflation, operators continue to realize efficiency gains and increase drilling and production.

If inventories remain stubbornly high, expect a disappointing OPEC meeting in December. Cohesion will crack and Saudi Arabia, likely the only producer substantially complying with limits at that point, may opt to open the spigots. If faced with cutting alone to sustain competitors' drilling, Riyadh may instead accept another price collapse (and a possible IPO delay) to slow shale investment and instill Vienna Group discipline.

If the last six months have shown it is too soon to bet on a boom, the next six may indicate we have not yet escaped the bust. I see a rally after May 25. But by the middle of next year we expect crude to revisit the low $30s.

Commentary by Robert McNally, founder and president of The Rapidan Group, a global energy market, policy, and geopolitical consultancy and is the author of Crude Volatility: The History and the Future of Boom-Bust Oil Prices (Columbia University Press, 2017). From 2001 to 2003, Mr. McNally served as the top international and domestic energy adviser on the White House staff, holding the posts of Special Assistant to the President on the National Economic Council and, in 2003, Senior Director for International Energy on the National Security Council. Follow him on Twitter @andourposterity.