Russia has 'upped its game' in cyberwarfare and the threat isn't going away, US intel officials say 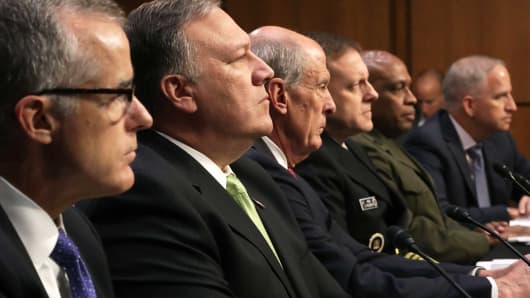 Russian political interference is spreading to more countries around the world, in part because the Internet and social media have made such meddling cheaper, according to senior U.S. intelligence officials.

"It sweeps across Europe and other places," Daniel Coats, the director of national intelligence, told the Senate Intelligence Committee Thursday.

"The Russians have upped their game using social media and other opportunities in ways we haven't seen before," said Coats.

The hearing, which included the directors of six U.S. intelligence agencies, covered a broad range of worldwide threats, from Venezuela to Afghanistan.

The officials said Russia has a history of interfering in other countries' political processes, but it has become more active and more aggressive in recent years.

"We have to put it into context: This is not new," said CIA Director Michael Pompeo. "Only the cost has been lessened."

Coats told the panel that Russia is a threat to U.S. government, military, diplomatic, business and critical infrastructure.

"It's a great threat to our democratic process," said Coats.

In a January report, U.S. intelligence agencies concluded that Russian President Vladimir Putin had ordered an effort to disrupt the 2016 election that included hacking into Democratic Party emails and leaking them, with the aim of helping elect President Donald Trump.

Moscow has denied the accusations. The Trump administration denies allegations of collusion with Russia and has even questioned whether Russia interfered in the U.S. election at all.

Coats said the threat of cyber warfare extends well beyond Russia. Other countries, including China, North and Iran, are using cyberspace to target the U.S. and its allies, and will do so in the future, he said.

Iran also is making use of its high-tech capabilities, he said. In 2013, an Iranian hacker intruded into the industrial control system of an American dam. In 2014, there was a data-deletion attack against a U.S.-based casino. 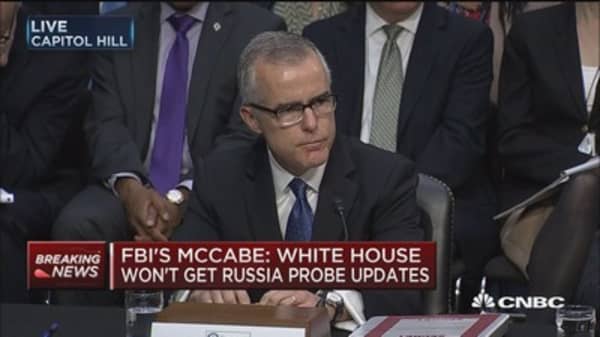 Coats said China is targeting the U.S. government and American businesses. However, such activity has diminished since U.S.-China cyber commitments in 2015, he said.

On Wednesday night, the Senate panel ramped up its months-long probe into Russian interference in the 2016 election by issuing subpoenas for documents related to Russia from Trump's former national security advisor Michael Flynn.

Flynn was fired by Trump just three weeks into the job for misleading Vice President Mike Pence about the nature of conversations he had in December with the Russian ambassador to Washington.

Sen. Richard Burr, the committee's Republican chairman, and Sen. Mark Warner, the Democratic vice chairman, issued a joint statement saying the panel decided to issue the subpoena after Flynn, through his lawyer, declined to cooperate with an April 28 request to turn over the documents.

Flynn and other associates of President Donald Trump have received similar requests from the committee for information and documents over the past few weeks.

—The AP contributed to this report.