This latest Trump-Russia leak smells like a coup attempt 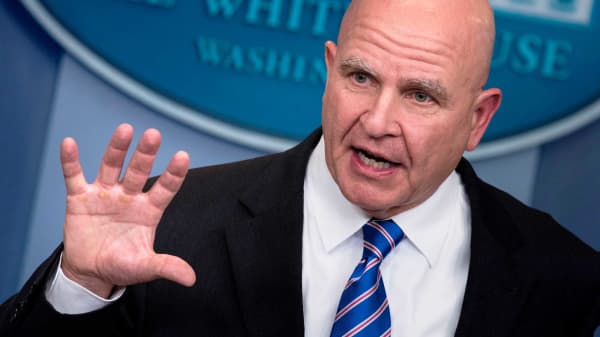 There is, indeed, a bombshell of a story coming out of the news that President Donald Trump revealed sensitive information during his White House meeting with Russian officials last week. But it's not that President Trump committed any crime. The really alarming news is that the duly-elected President of the United States appears to be the target of a political coup.

First, let's be clear: President Trump has been sloppy, arrogant, and just plain misguided plenty of times during his short tenure in office — including the way he handled the firing of FBI Director James Comey and the hiring and firing of National Security Adviser Michael Flynn. And if he did unnecessarily compromise the source of the sensitive information he shared with the Russians, shame on him.

But a president cannot be removed from office for arrogance and sloppiness. The Constitution sets specific grounds for impeachment. They are "treason, bribery, and other high crimes and misdemeanors." To be impeached and removed from office, the House and Senate must find that the official committed one of these acts.

Here's what I think is the bigger scandal: Someone at the highest levels of government has leaked information to the news media about President Trump's discussions with Russian officials. That's potentially a serious crime. And, this wasn't the first time.

What all of the leaked stories have in common is that they were immediately beset with multiple leaks from highly placed officials meant to deeply defame President Trump. Once again, it's important to note that a good deal of these leaks may, indeed, be illegal. The Espionage Act bans transmitting or communicating information "relating to the national defense" if the leaker believes the information could be used to harm the United States or aid a foreign nation. And it's hard to see how these many leaks aren't helping our enemies.

Where are these leaks coming from? When we look at the most likely sources, we find no real comfort. The first possibility is that someone close to President Trump himself is essentially acting like a mole in the White House. Remember that when the story broke Monday, Secretary of State Rex Tillerson, National Security Adviser H.R. McMaster, and Deputy National Security Adviser Dina Powell were all in the room with President Trump and the Russians last week and they all flatly denied the news reports. If one of them is saying one thing publicly and something else to contacts in the news media, that is certainly not encouraging.

Then-candidate Donald Trump indeed insulted the intelligence community during the election, and many have concluded that this is their plotted revenge.

Almost as bad is the possibility that someone on one of the congressional intelligence committees is the source of this and other leaks. It's one thing to use domestic policy or even overt foreign policy information to a sitting president. It's another to compromise knowledge of intelligence briefing materials to do so.

Here's the kicker: None of this is actually working where it counts. Again, we have not one piece of evidence of any impeachable act. And it's not even truly working in the polls. President Trump's approval ratings may be lower than any modern president this early in his tenure, but they're still higher than they were throughout the election. If anything, these constant attacks coming from this obviously angry and potentially illegal place are only strengthening the resolve of Trump's base of supporters. They elected a guy they believed was truly the enemy of the established political class. And right on cue, the established political class is stopping at nothing to prove them right.

For all the things President Trump has said that have dragged down the level of our American political discourse, this sustained takedown effort is worse. And it's not clear how this is going to end. Unlike President Trump, the leakers remain anonymous and thus unaccountable. They can presumably go on forever. And President Trump doesn't seem like he's going to stop fighting back or irritating and threatening his political opponents.

But don't fool yourself into thinking this is OK or even tolerable. The bottom line is that we have some very powerful people in Washington who really don't like how democracy played out this time around and what they do to attack it next isn't going to be any better than what they're doing now.

Luckily the American people remain wisely circumspect about all of this. President Trump's polls aside, the voters are still giving him a decent shot to govern. And unaccountable people in Washington shouldn't be trying to make that decision for us.