How Democrats are fooling themselves about the Trump Russia scandal 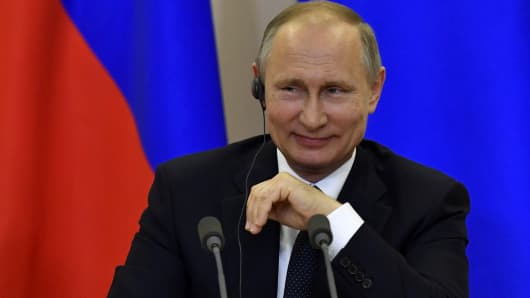 Democratic National Committee chairman Tom Perez recently rose to address a rowdy convention of California Democrats, many of whom were not terribly thrilled to see him. The remarks were brief, but Perez did manage to rattle off a doozy of a quip - invoking a trope that has become commonplace among a certain subset of the liberal commentariat: "We have a president .... I don't know who it is, Putin or Trump," Perez declared. "They're in a bromance. This is really weird."

The term "bromance" is the kind of slang, semi-joking jargon that many Democrats who otherwise fancy themselves reputable have lapsed into using with bizarre frequency. Its constant overuse to describe the Trump/Russia collusion allegations suggests not just impoverishment of language, but impoverishment of thought; Perez and his cohort routinely struggle to articulate with any precision what it is they think is actually at issue with the Trump/Russia story. Collusion? Treason? Interference? Meddling? Some hazy combination of them all? 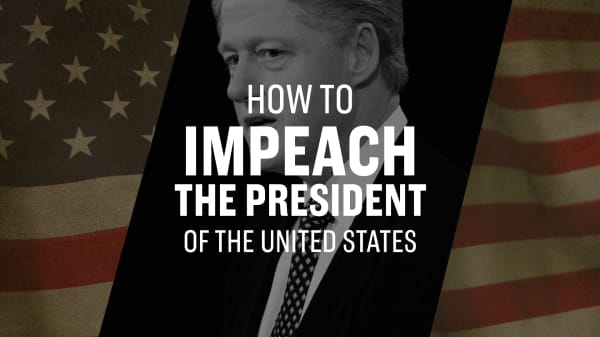 It's seldom clear what, at bottom, is even being alleged. The "scandal" has become more a repository of generalized anti-Trump anger than a clearly-defined set of charges that can be investigated and corroborated. If anything, it's more a shape-shifting meta-scandal with loose boundaries and ever-expanding parameters.

"But Democrats like Perez who think that ranting about Russia and snarking about "bromances" will paper over divisions in their own party are sorely mistaken."

Nevertheless, the aura of scandal does indeed engulf Trump, and so Democrats have partially succeeded in stymieing his governing agenda (to the extent that Trump ever even had a governing agenda.) For his part, Trump has obviously taken any number of self-defeating actions that at the very least reinforce the perception that he's got "something to hide," and the possibility that he committed obstruction of justice by firing FBI director James Comey is real. No president can be pleased by the appointment of a special prosecutor just four months into his term.

But Democrats like Perez who think that ranting about Russia and snarking about "bromances" will paper over divisions in their own party are sorely mistaken. A segment of enraged, cable news-watching liberals may in fact be gratified by their elected representatives' unrelenting focus on the issue, and their renewed energy may suffice to win certain smaller-scale electoral victories, such as the coming special elections in Montana and Georgia. But people who are truly animated by this issue represent a comparatively narrow sliver of the populace.

Longer-term, Democrats sully themselves when they unduly valorize the "Intelligence Community," elements of which are continuing to leak profusely against Trump. The salacious spate of New York Times and Washington Post articles which seem to appear with such frequency are based on these leaks: Anonymous "U.S. officials" are then heralded by Democrats as the unsung heroes of our age.

When stories based on "intercepted communications" blast across the wires, liberals rarely pause to consider the implications of unelected spooks arrogating to themselves the power to directly undermine the elected president. Instead, these liberals - fixated ineluctably on anti-Trump fervor, and little else - uncritically cheer these developments.

The scholar Michael Glennon has written that this "unprecedented, seismic split between the Oval Office and the security directorate" threatens to bring about "a system in which institutionalized bureaucratic autocracy displaces democratic accountability."

Such a system could (almost certainly) never function as a useful conduit for the left-wing policies that Democrats increasingly claim they favor. The latest anti-Trump leak may shine a spotlight on Tom Perez and his cadre for approximately 24 hours, but the long-term consequences of this frenzy should be seen as considerably less enticing.

The intrigue of special prosecutors, firings, leaks, and what Trump might've blurted out last night on Twitter makes for a bewilderingly fast-paced news environment, and it can be hard to turn away. But to foster a political environment conducive to their stated ends, Democrats can't settle on simply stoking anti-Trump resentment.

They need to do the hard work of cultivating alienated portions of the electorate who view the political system with disdain, and are rightly suspicious of the Democratic establishment after eight unsatisfying years of Barack Obama and the catastrophe of the Hillary Clinton campaign. Dwelling on Trump's excesses might provide temporary emotional relief, but it's not a viable holistic program.

There may be a lesson materializing in Montana, where Democrat Rob Quist seeks to stage an upset over his billionaire Republican opponent this week and win an open House seat. Quist's refrain is healthcare, healthcare, healthcare. Is that enough to gain power in a decidedly Republican state? Maybe, maybe not - but it's probably a better bet than sloganeering about Trump and Putin.

On the Russia story, Democrats have prepped their base for a final climactic revelation which may never come. Certainly Trump, in his impetuousness and lack of foresight, has bolstered that perception. So it's now a sure-thing that national Democrats will remain fixated on this issue for the foreseeable future - and while it may succeed in hamstringing Trump, the kind of paranoid ardor underlying the general "Russia narrative" can't lead to fruitful politics and a future that puts them back into power.

Commentary by Michael Tracey, a reporter for The Young Turks. He was previously a columnist for VICE, covering both the 2012 and 2016 presidential campaigns, civil liberties, American religion, political corruption, foreign policy, and more. He's also been a contributor to the New York Daily News, The Daily Beast, The American Conservative, The Nation, Mediaite, The Intercept, Rolling Stone, Current Affairs, and many other publications. Follow him on Twitter @ mtracey.