With the "Trump trade" in danger of becoming the "Trump fade," one investor is looking abroad.

"Halftime Report" trader and Ritholtz Wealth Management CEO Josh Brown believes that India is about to break out -- again. 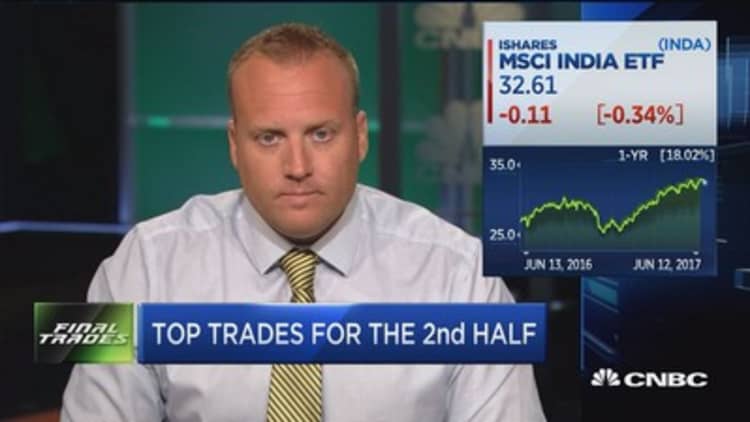 watch now
VIDEO0:1800:18
Trader: this emerging market is about to break out
Halftime Report

He calls the INDA -- an ETF that tracks India's stock exchange -- "one of the best emerging market ETFs there is."

It's already up more than 20% this year, but Brown believes there's still room to run.

"It [the INDA] is small enough that you could see a lot of money flow continue to push it higher," he said on the "Halftime Report."

India has outperformed the broader emerging market ETF this year, which is up 18%, as well as the , which has risen just 8%.