Former chairman of the Federal Reserve Ben Bernanke said Monday that economists have a "responsibility" to help address populist frustrations.

"The credibility of economists has been damaged by our insufficient attention, over the years, to the problems of economic adjustment and by our proclivity toward top-down, rather than bottom-up, policies," Bernanke, now distinguished fellow in residence, Brookings Institution, said in prepared remarks for a dinner speech called "When growth is not enough."

"Nevertheless, as a profession we have expertise that can help make the policy response more effective, and I think we have a responsibility to contribute wherever we can," the former Fed chair said.

In the last 18 months, growing populist sentiment contributed to the UK's surprise vote to leave the European Union last June, and the election of U.S. President Donald Trump last November. Trump promised to bring jobs back from China and Mexico to the U.S., winning him support.

The U.S. Census Bureau's latest report on household income showed the Gini index of income inequality for the U.S. in 2015 of 0.482 was significantly higher than the prior year's 0.480. "This increase suggests that income inequality increased across the country," the report said.

"Policymakers in recent decades have been slow to address or even to recognize those trends, an error of omission that has helped fuel the voters' backlash," Bernanke said. He was speaking at the European Central Bank's Forum on Central Banking in Sintra, Portugal.

On the U.S. economy overall, the former central bank chair said, "The nation's cyclical recovery is entering its ninth year this month and appears to have room to run."

WATCH: Trump vs. Obama: Here's who inherited the better economy 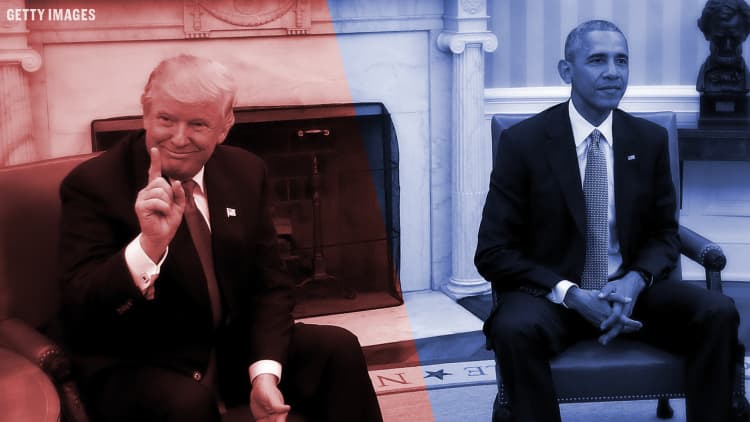