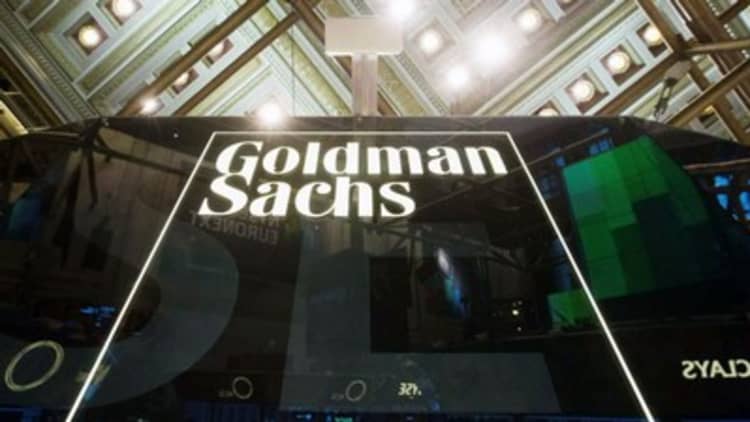 watch now
VIDEO0:4700:47
Goldman explains how it really blew it on its bullish oil call this year
News Videos

Goldman Sachs on Thursday issued a mea culpa of sorts, releasing a research note explaining how it misread the crude oil market, after the bank significantly lowered its price forecast.

In light of the recent downturn in oil prices, the investment bank was forced to revise its forecast for U.S. crude to average $55 per barrel over the next three months, bringing it down to $47.50 a barrel.

At the root of the problem, Goldman said it failed to appreciate two things: how quickly U.S. shale oil production would ramp up as crude prices rose and how swiftly investors would pile into the trade.

OPEC's decision to cut output last winter boosted oil prices, which suddenly made it affordable for many U.S. shale drillers to start up new production. Tapping oil from shale rock is expensive, but drillers can start pumping from these resources very quickly once they get a green light in the form of higher crude prices.

Goldman notes that the rush of money into long positions, or bets that oil prices will rise further, only encouraged more output from U.S. shale fields.

When oil prices rise, drillers can hedge their production, which involves using financial instruments to lock in prices for future delivery of crude. Agreeing to a price with buyers gives oil companies protection against falling prices later in the year — although drillers leave money on the table if prices rise.

Ultimately, Goldman says the market — including the bank itself — violated three fundamental rules of commodity investing.

First, trying to price in future developments in commodity markets is often self-defeating.

In the case of oil, traders took long positions on the view that the oversupplied market would swing from surplus to deficit nearly four to seven months before that undersupply was expected to materialize, Goldman explains. The rise in prices, fueled by traders taking long positions, allowed U.S. drillers to pump more, which delayed the very rebalancing traders were banking on.

Second, the market traded speculatively beyond oil's supply cycle. The rise of U.S. shale has shrunk that cycle to six to nine months, but in December, investors went long on oil futures dated 12 months into the future.

"When Dec-17 reached $57.50/bbl, this created a significant return opportunity for US producers to hedge, together with an unprecedented ability to ramp up supply," Goldman said.

Last, investors started making bets on the view that the market would flip into backwardation, a state in which spot prices are higher than future prices. But they did this before stockpiles actually fell, and since then, global inventories have fallen more slowly than expected.

According to Goldman, "such backwardation without stock draws wasn't sustainable."

Goldman said it believes the market has now realigned and, following the core rules, it is now safe to go long on oil again.