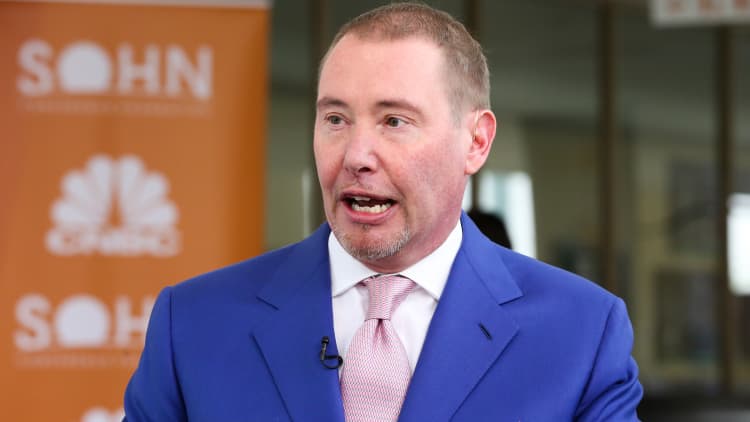 Jeffrey Gundlach joins the list of fund managers sounding warnings about the markets.

Like Oaktree Capital's Howard Marks, Gundlach is seeing danger signs. Junk bonds and emerging market debt are overvalued, Gundlach tells Bloomberg News. The manager of $110 billion-asset DoubleLine Capital says he's moving out of those assets and putting money in higher quality debt, willing to give up higher returns for the sake of safety.

He says volatility is about to go up from its historically low level. He recently bought five- and eight-month put options on the — a bet the index will fall — and could score returns of 400 percent if his instinct is correct. "That's my highest conviction trade right now," he told Bloomberg.

He's even worried about his fund firm getting too big, saying he might cut off marketing efforts when it reaches $150 billion in assets under management and is already turning money away in its institutional business, according to Bloomberg.

Still, he's not forecasting disaster. "I don't see the big drop, unless there's something out of left field," he told Bloomberg, "like some sort of really escalating conflict." Optimism about tax reform and infrastructure spending promised by the Trump administration has faded, but consumer confidence and employment are strong. Enthusiasm for the markets may be just a tad too much, however.

"I think you're supposed to be gradualistically moving toward the exits," Gundlach told Bloomberg.

"If you're waiting for the catalyst to show itself, you're going to be selling at a lower price."

Gundlach is scheduled to appear on CNBC's "Halftime Report" on Tuesday.

WATCH:  Billionaire Marks, who called financial crisis, says 'this is a time for caution' on the markets 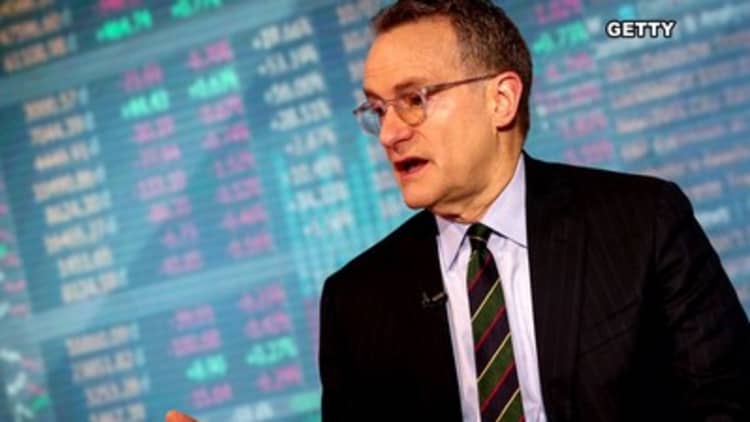 watch now
VIDEO0:4300:43
Billionaire Marks, who called financial crisis, says 'this is a time for caution' on the markets
News Videos