The Indian government has suffered a huge setback after a landmark Supreme Court ruling found that citizens have a fundamental right to privacy, posing a risk for Prime Minister Narendra Modi's biometric payment scheme.

The highest court in the country voted unanimously Thursday that privacy is an "intrinsic" part of Article 21 of the Indian constitution, which governs the life and liberties of Indian citizens.

The verdict, which overturns a 55-year-old ruling stating that privacy was not a human right, has been heralded as a victory for human rights but it deals a major blow to Modi's wide-reaching biometric ID program.

Biometric data refers to any distinguishing biological information, such as fingerprints, retina and iris patterns, voice waves and DNA.

Access to benefits, bank accounts and tax payments could now be at risk as the government's national Aadhaar database, which contains biometric and demographic information on all Indian residents, comes into question.

The Aadhaar database was initially launched in 2016 as a voluntary scheme aimed at weeding out corruption and easing payments by allowing users to make transactions using their fingerprint. 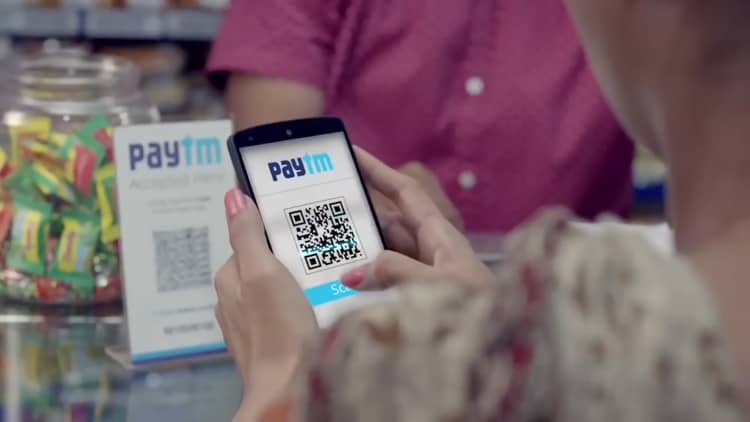 watch now
VIDEO0:0000:00
How to build a cashless society? Give people no other choice
International Digital Originals

However, it has faced scrutiny over recent years as enrolment has been made mandatory for the filing of tax returns, opening of bank accounts and any purchases above 50,000 rupees ($780). It is estimated that over 99 percent of Indians aged 18 and above are now enrolled in the scheme.

The Indian government's lawyers said during the hearing of the case that citizens did not have an absolute right over their bodies, meaning that citizens could be forced to give their biometric data to the state.

The nine-judge bench unanimously opposed this argument. A smaller bench will now look at the specific implications of the ruling on the validity of the Aadhaar scheme.

Firat Unlu, leading India analyst at the Economist Intelligence Unit, said that the privacy and data protection concerns raised over Aadhaar were "justified", but said that the review should also consider the "large economic and social benefits" the program brings in combating inefficiencies and corruption.

He added that the ruling is likely to have implications for private companies, too.

"The ruling will set the backdrop for changes going well beyond just Aadhaar. For instance, we may see an impact on data collection in the private sector or India's libel laws. In the longer term, private companies may be impacted by this ruling just as much as the government," Unlu told CNBC via email.

The fundamental right of citizens to privacy was previously voted against in India by an eight-judge bench in 1954 and again in 1962 by a six-judge bench.