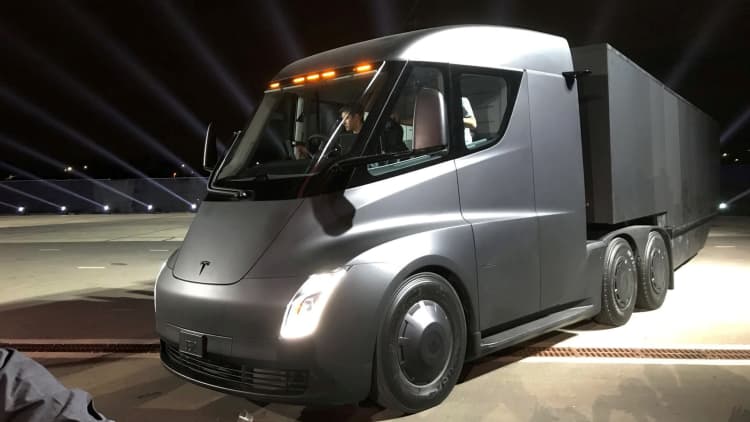 There are still plenty of questions about Tesla's new Semi, but there is no doubt it is innovative and represents a number of firsts for the trucking industry, says one analyst.

"To be honest we think the truck is a little bit of a game changer, not so much for Tesla but for the trucking industry itself," Morgan Stanley analyst Ravi Shanker said on CNBC's "Squawk on the Street" on Friday.

Level 4 autonomy is the second-most-advanced level of self-operating capability on the 0-5 scale developed by the Society of Automotive Engineers.

The need for many of the Semi truck's unique features has been questioned by analysts and others in the industry.

The trucking industry has narrow profit margins, and carriers are primarily concerned with saving as much as possible.

To make the economic case, Tesla CEO Elon Musk told a crowd in Los Angeles on Thursday that the total per-mile cost of ownership for the truck would be $1.26 per mile, compared with $1.51 per mile for a comparable diesel truck.

Whether the Tesla's exceptional features — such as a cockpit with a centered captain's chair and room enough to stand — will matter much to customers remains to be seen. But some are already showing interest. Trucking firm J.B. Hunt Transport Services said on Friday it is reserving multiple vehicles, and retailer Wal-Mart said it preordered several.

"Tesla is doing what it does best, which is delivering innovation," Shanker said. 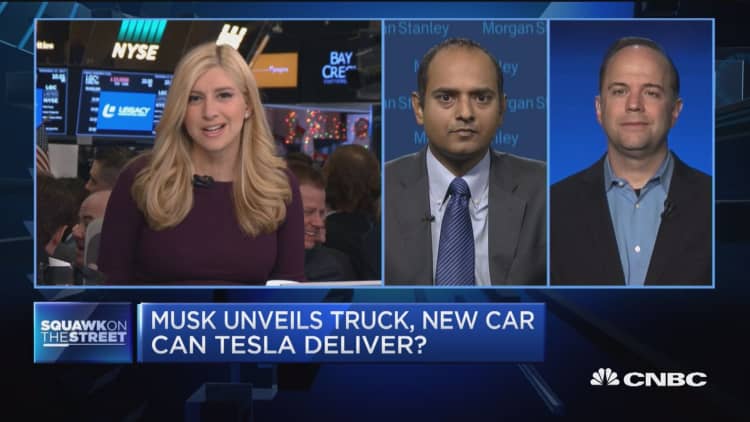