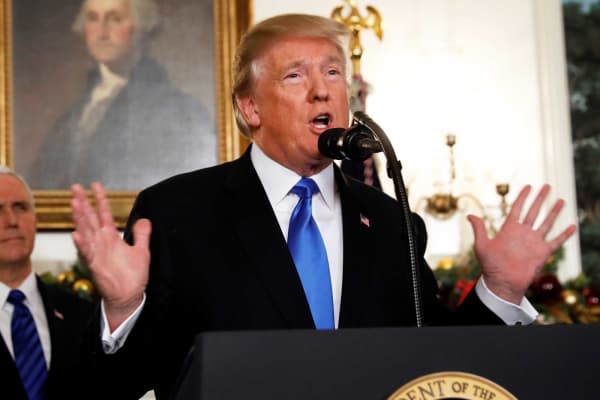 With a tax reform victory within reach, President Donald Trump on Wednesday was feeling even more optimistic about the outlook for U.S. economic growth.

Wildly optimistic, in fact, based on historical data.

At a Cabinet meeting Wednesday, Trump told reporters he's holding out for the prospect of U.S. gross domestic product more than doubling to a 6 percent annual growth rate.

That would be more than twice the 30-year average pace of 2.5 percent, and more than triple the Congressional Budget Office forecast for the next decade.

The last time the U.S. economy hit a 6 percent annual growth rate was in 1984 — and it only did so briefly. The surge accompanied an historic reversal of double-digit interest rates put in place by the Federal Reserve to tamp down the runaway inflation of the 1970s. Baby boomers, who are now leaving the work force as they retire, were in their prime working ages. The national debt was a tenth its current level.

While the GOP tax plan, if enacted, could help spur growth, the official congressional forecast from the Joint Committee on Taxation expects the package will add just 0.8 percent to the current forecast.

And that assumes the White House and Congress avert a threatened government shutdown. 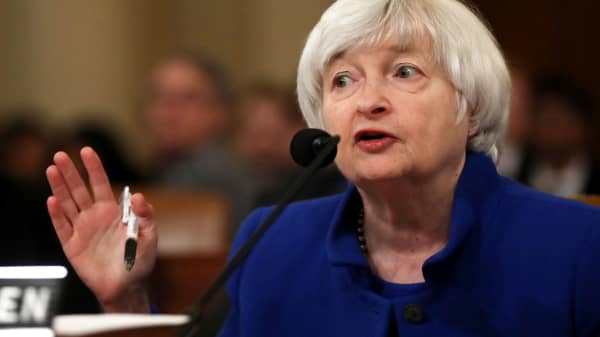 A government shutdown would shave about 0.2 percentage points, or at least $6.5 billion, off real fourth-quarter GDP for each week it continues, according to S&P Global economists.

During the third quarter, the U.S. economy expanded at an annual rate of 3.3 percent, a pickup from the recent pace. Strong growth over the past two quarters largely reflects the more robust global economy, something the U.S. president has had little to do with.

Given the slow pace of first-quarter growth, the economy would have to accelerate substantially to end 2017 with an annual gain of 3 percent, an outcome most economists believe is highly unlikely.

In August, as part of his push to overhaul the nation's tax code, Trump vowed to reverse the decades-long trend toward lower U.S. growth.

"In the last 10 years, our economy has grown at only around 2 percent a year," Trump told a welcoming crowd in Springfield, Mo. "You look at other countries and you look at what their (gross domestic product) is, they're unhappy when it's 7, 8, 9 [percent]. "

For the record, the list of countries that could possibly express any emotion about their annual growth rates of 7 percent or more is extremely short. Of the nearly 200 countries whose economies are tracked by the International Monetary Fund, just seven saw real, inflation-adjusted gross domestic product rise by 7 percent or more last year.

The Associated Press contributed to this report. 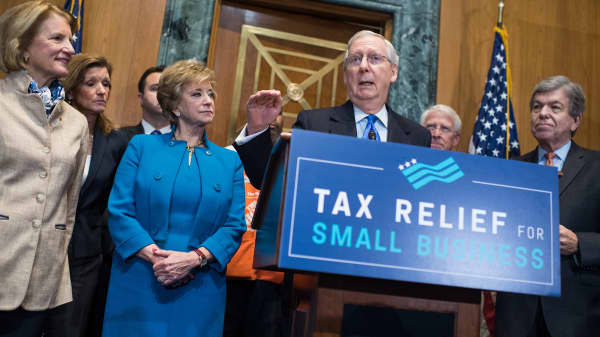