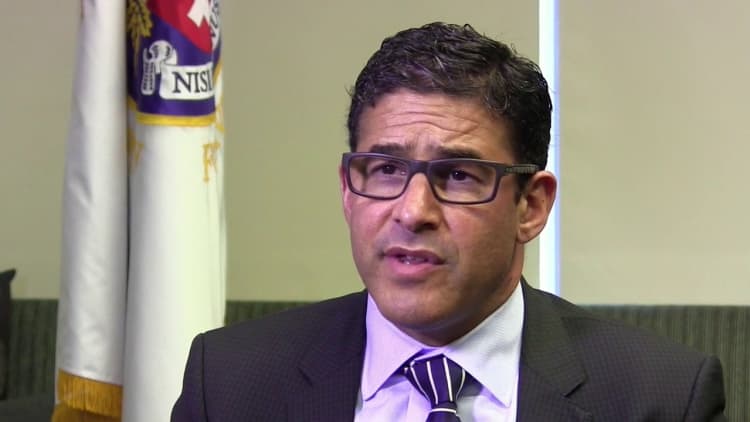 Several hundred hospitals that plan to form their own generic drug company are eyeing making "about 20" pharmaceutical products whose existing versions either cost too much or are in short supply for no good reason, the CEO of one of those hospitals said Thursday.

Dr. Marc Harrison, chief of Utah-based Intermountain Healthcare, during an interview on CNBC's "Closing Bell," would not identify the existing drugs that the new company wants to replicate on its own, or have done on a contract basis.

Harrison said, "We think it will be early '19 before our first drugs come to market."

And he said the group also is hoping to possibly get additional financing from "philanthropists who are sick of this activity" by drug companies that is "creating shortages and driving prices in an irrational fashion."

Intermountain is leading the collaboration with several other large hospital groups, Ascension, SSM Health and Trinity Health, in consultation with the U.S. Department of Veterans Affairs, to form a not-for-profit drug company. The groups together represent more than 450 U.S. hospitals.

Harrison said on "Closing Bell" that the project was spurred by feedback by patients who at times were saying "they can't get ahold of drugs or they're way too expensive."

"We're experiencing that in the hospital as well, and we've been thinking about this for a couple of years now," Harrison said.

He said that one of the big problems in the pharmaceuticals market today is that some "individuals and groups have gone ahead and gotten sole control over a given drug."

"They create shortages and drive the prices up, and our patients can't get ahold of the drugs we need," Harrison said.

"We as a team will do the opposite," he said. "We'll make sure drugs are available in good quantities and reasonable prices."

Harrison said the members of the consortium will contribute funds to finance the new drug company.

"Over time, the business plan says we'll get our money back," he said.

Harrison also said that he expects the new firm to provide just a small fraction of pharmaceutical products that the hospitals have to purchase.

"We're only interested in those organizations that are creating shortages and driving drug prices up in an irrational fashion," Harrison said.