Charles Lazarus, the founder of Toys R Us, has died at the age of 94, according to a company spokeswoman. Toys R Us issued the following statement:

There have been many sad moments for Toys"R" Us in recent weeks, and none more heartbreaking than today's news about the passing of our beloved founder, Charles Lazarus. He visited us in New Jersey just last year and we will forever be grateful for his positive energy, passion for the customer and love for children everywhere. Our thoughts and prayers are with Charles' family and loved ones.

A 25-year-old Lazarus opened Children's Bargain Town in 1948 and began selling baby furniture in Washington, D.C. The store gradually ventured into selling toys, and Lazarus opened the first Toys R Us in 1957.

Lazarus chose the iconic backward "R" to mimic the handwriting of children.

Lazarus took the company public in 1978 and built a brand that left an impression on generations of "Toys R Us kids." Lazarus stepped away as chairman and CEO in 1994. 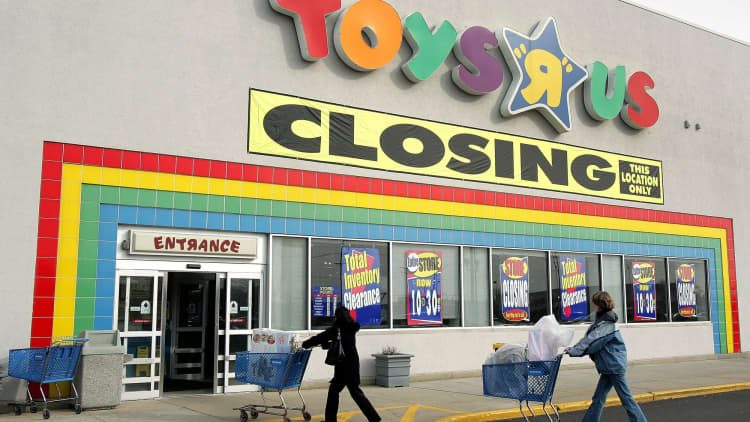 Lazarus' death comes as the toy empire he founded goes through a liquidation process as part of its ongoing bankruptcy.

In the past two decades, the company has suffered from competition from online rivals such as Amazon. Toys R Us was also burdened with debt obligations from a 2006 buyout that made investment difficult.

Adding to these woes were changes to consumer preferences — both from children and their millennial parents, who preferred to shop at online retailers.