Markets
Business
Investing
Tech
Politics
CNBC TV
Watchlist
Investing Club
PRO
Key Points
Federal Reserve Board Chairman Jerome Powell reacts after the two-day meeting of the Federal Open Market Committee on interest-rate policy on June 13, 2018, when it raised its benchmark rate to 1.75% to 2%. If the Fed cuts this week, the rate will return to that level.
Yuri Gripas | Reuters

The Federal Reserve’s interest rates hikes could drive the Treasury yield curve to invert right after its September meeting, and a recession could follow by next summer, according to Joseph LaVorgna, Natixis chief economist Americas.

Investors have been cautiously monitoring he yield curve, or the difference between the shorter maturity Treasury yields and longer duration yields. In the case of 2-year note and 10-year Treasury, the curve was as narrow as about 24 basis points on Tuesday, an 11- year low.

Markets are fixated on the yield curve since a flattening curve signals potential trouble ahead for the economy, but an inversion, when the short end, or in this case the 2-year note yield, rises above the 10-year yield has proven to be a reliable warning of a recession.

"It’s going to invert and it’s going to be a mistake. It’s going to take an equity pullback and wider credit spreads. We're going to price the 'Powell put' and then the Fed will try to uninvert the curve," LaVorgna said.

The 2-year is most sensitive to Fed policy and its influence on short term rates, so it Lavorgna said the Fed's expected September rate hike and the likelihood it reaffirms its commitment to hiking could cause the yield curve to invert by some point in October.

“if you look at 10-year yields, we are the highest yielder among developed countries. It tells you either the market does not believe inflation is going to pick up or growth will remain modest and the Fed, if it continues on the course it’s on, is effectively making a mistake,” said LaVorgna.

While the yield curve is a highly watched recession indicator, the stock market tends to continue rallying even when after it inverts.

Powell, asked at a Senate hearing Tuesday about the curve said he was not concerned about it but said he focuses on what the long end yield is saying about the real or neutral rate. That's the rate that the Fed views as just right for the economy, and it is neither stimulating or slowing it.

"The Fed incorrectly tries to figure out what the neutral rate is and then works backward," he said.

LaVorgna expects the curve to invert, though some economists say it could just remain very flat.

"It's heading that way, and Powell seems be erring more on the side of 'it doesn't matter,'" said LaVorgna.

LaVorgna said Powell has noted that recessions followed other curve inversions because there was high inflation, but LaVorgna said core CPI inflation was just 2.1 percent in 2006 when the curve inverted before the financial crisis two years later. In June, core CPI, without food and energy, was 2.3 percent. 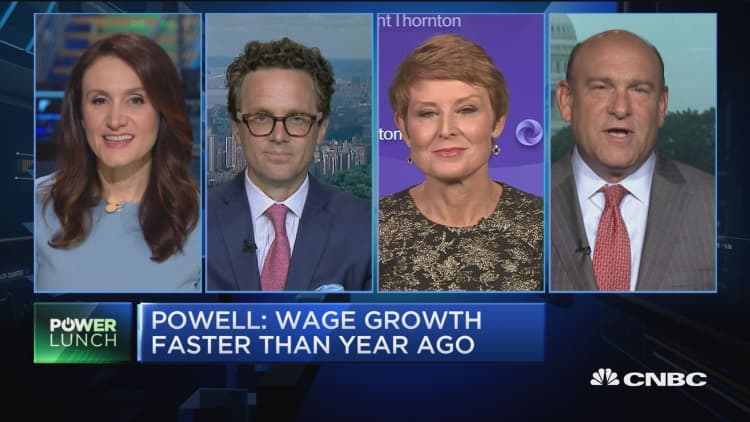