Amazon's public cloud could be bound for space.

The cloud-computing division, Amazon Web Services, has been looking to hire people for an initiative involving space and satellite systems, though the company has never publicly discussed such a project.

On Tuesday the website This Just In, which covers Amazon, published a report after spotting two job postings for the space program. The listings were later removed.

Space could represent a new frontier for cloud infrastructure, as Amazon and rivals Microsoft, Google, IBM and Oracle battle for business from companies that are offloading their data center computing and storage needs. AWS leads the market, with $6.11 billion in revenue in the most recent quarter.

Amazon has been in the running for a major cloud contract from the U.S. Department of Defense, and NASA is an existing AWS customer. Amazon CEO Jeff Bezos is the founder of Blue Origin, a company focused on space travel. President Trump, meanwhile, has been touting his new Space Force, set up as part of the Defense Department.

One of the AWS job openings that was taken down was for an engineer in the area of data processing. The other was for a product manager to work on several services for space as well as the launch of spacecraft.

Amazon did not immediately respond to a request for comment. 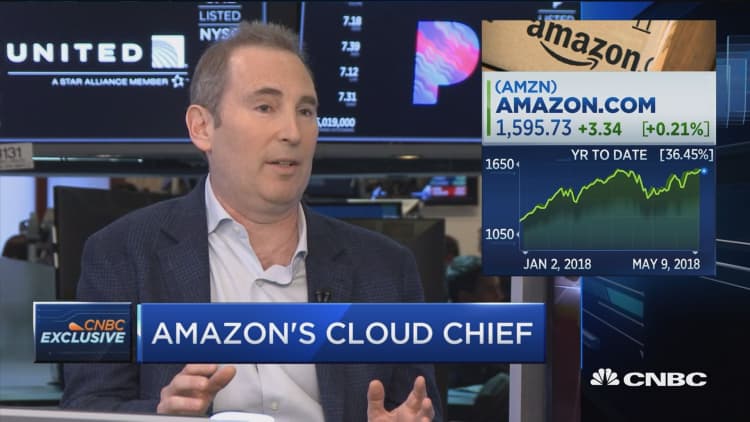