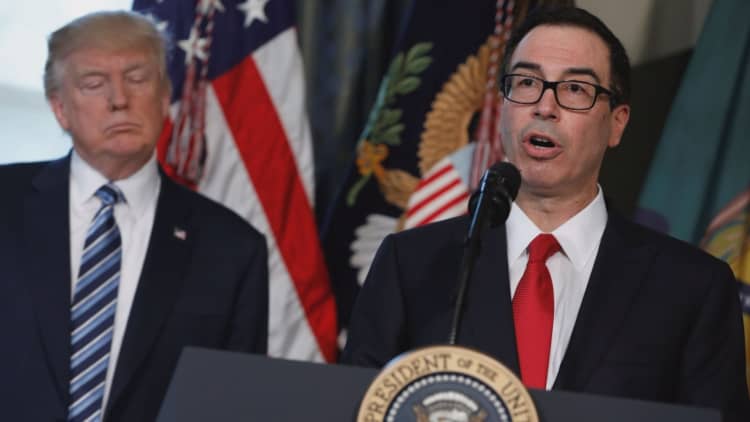 Treasury Secretary Steven Mnuchin said Friday he isn't worried about China selling its stockpile of U.S. Treasurys in retaliation over trade because there's plenty of demand for U.S. government bonds.

"If they decide they don't want to hold them, there are other buyers," Mnuchin told CNBC's Geoff Cutmore. "And, obviously, that would be very costly for them to do."

The leaders of the world's two largest economies will be getting together at a time when Washington and Beijing are locked in a trade war that's seen each side imposing tariffs on each other's products. 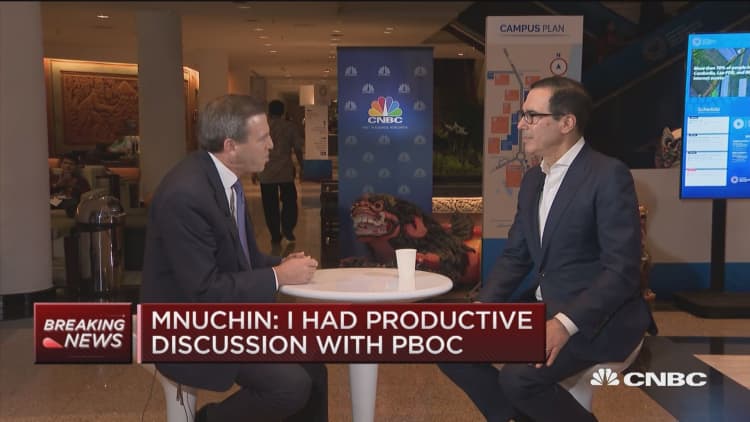 Some have speculated that China could hit back at the U.S. in a far more significant way: selling a huge chunk of the more than $1 trillion of U.S. Treasury bonds it holds.

China has collected billions in interest payments from the bonds.

In the interview, which aired on "Squawk Box," Mnuchin said a Trump meeting with Xi at the G-20 summit would happen if the administration believed it would be positive.

"These tariffs are very important negotiating tools," Mnuchin said. "If it looks like we can make positive direction, then I'm sure the president will have the meeting."

The Trump administration launched its tariffs campaign in the spring to try to get China to change what the U.S. feels are unfair trade practices and theft of intellectual property.

In the interview, Mnuchin also said the stock market plunge this week was a "natural correction." 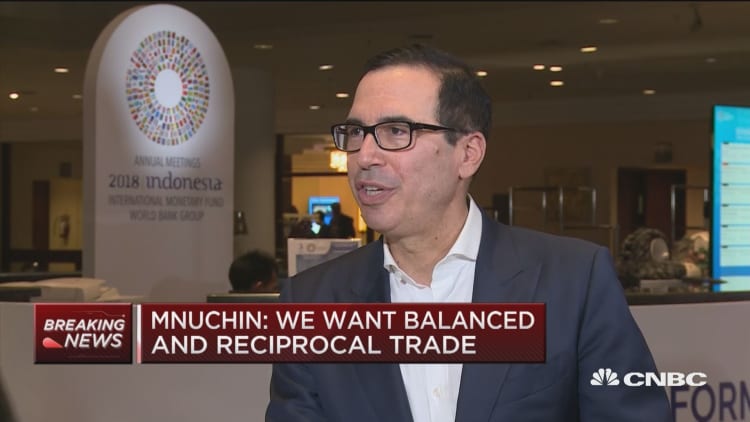 watch now
VIDEO3:4603:46
Sec. Mnuchin: China selling US Treasurys would be costly for them
Squawk Box