President Donald Trump on Wednesday said he's not ruling out a pardon for his embattled former campaign chief Paul Manafort.

The president's remarks come shortly after special counsel Robert Mueller and Manafort broke a cooperation agreement reached as part of a September plea deal. The special counsel accused Manafort, who is facing more than a decade in prison for financial crimes, of lying on several occasions after reaching the plea deal.

Also in Mueller's sights: Trump confidant Roger Stone and his associate Jerome Corsi. Both men have denied any wrongdoing. On Wednesday, Trump called the three men "very brave" and said Mueller has pressured them to lie, according to the Post. A spokesperson for the special counsel declined to comment.

"I'm telling you, this is McCarthyism. We are in the McCarthy era," Trump told the Post. "This is no better than McCarthy. And that was a bad situation for the country. But this is where we are. And it's a terrible thing."

Roy Cohn, who was Sen. Joe McCarthy's chief counsel and lead attack dog during the so-called Communist witch hunts of the 1950s, represented Trump and his businesses during the 1970s and 1980s.

Manafort and Corsi both have joint defense agreements with the president allowing their lawyers to communicate with attorneys for the president without breaking typical client confidentiality rules. Manafort's attorneys regularly briefed Trump's team on the workings of the special counsel, The New York Times reported on Tuesday.

The president has publicly vented his anger about the Mueller probe and suggested that he had knowledge about its inner workings.

"They are screaming and shouting at people, horribly threatening them to come up with the answers they want," he wrote in a post on Twitter earlier this month.

The president has used his unilateral authority to issue pardons and clemency in an unusual fashion for a modern president. In recent decades, presidents have typically followed a bureaucratic process led by the Department of Justice.

In contrast, Trump has chosen to dole out clemency to those he knows personally or following personal appeals from their advocates.

Trump issued his first pardon to immigration hardliner Joe Arpaio, the controversial former sheriff from Maricopa County, Arizona, who endorsed Trump's bid for the presidency. He also awarded clemency to the conservative provocateur Dinesh D'Souza, whom the president said at the time he knew from seeing on television. Alice Marie Johnson, whose sentence the president commuted in June, was freed following a lobbying effort from Kim Kardashian West. 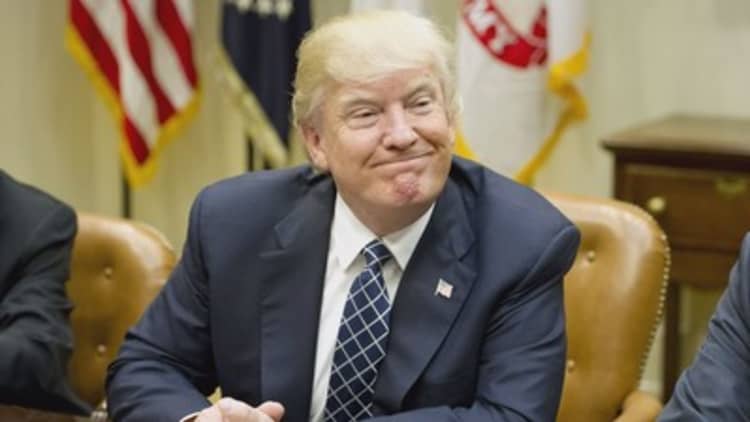