Stocks in Asia mostly slipped on Tuesday amid uncertainty about the future of U.S.-China trade relations.

Shares of automaker Nissan slipped 1.18 percent following a Reuters report that the company's external board is set to meet today to discuss a replacement for arrested former Chairman Carlos Ghosn. The Sankei newspaper reported that Tokyo prosecutors were planning to arrest Ghosn amid new claims that he understated his income, according to Reuters.

Meanwhile in South Korea, the Kospi slipped 0.82 percent to close at 2,114.35. Hong Kong's Hang Seng index slipped 0.22 percent, as of the final hour of trading.

Elsewhere, the mainland Chinese markets, which have been closely watched in relation to Beijing's trade war with Washington, bucked the overall downtrend to see gains. The Shanghai composite rose 0.42 percent to close at around 2,665.96 and the Shenzhen composite advanced 0.430 percent to finish the trading day at about 1,387.49.

Over in Australia, the fell 1.01 percent to close at 5,713.10, with almost all sectors lower on the day. The heavily weighted financial subindex slipped 1.22 percent.

The Reserve Bank of Australia announced earlier than it was keeping the cash rate unchanged at 1.50 percent, with the central bank's Governor Philip Lowe saying in a media release that "the low level of interest rates is continuing to support the Australian economy."

"Further progress in reducing unemployment and having inflation return to target is expected, although this progress is likely to be gradual," Lowe said in the release.

Overnight on Wall Street, the major indexes saw gains. The moves stateside came after U.S. President Donald Trump and Chinese President Xi Jinping agreed to a 90-day postponement of any new tariffs in the trade war that has weighed heavily on global stock markets for most of 2018.

There have been differences, however, between the descriptions of the agreement from the White House, from Trump himself and from Beijing. Questions also remain over who would lead the U.S. delegation in future trade talks with Beijing.

In a morning note, Rodrigo Catril, a senior foreign exchange strategist at National Australia Bank, said the overnight trade news had "probably left the market with more questions than answers."

"Can the US and China really resolve their differences in 90 days? It seems that more details and signs of progress will be needed if the initial trade truce warm fuzzy feeling is to be sustained," Catril said.

Another strategist told CNBC that "investors were hoping for a lot more out of the G-20 than they actually got."

"What you're seeing markets do is take into account the new information they've gotten and accurately price a little bit of optimism but not much," Hannah Anderson, global market strategist at J.P. Morgan Asset Management, told CNBC's "Street Signs" on Tuesday.

The U.S. dollar index, which tracks the greenback against a basket of its peers, was at 96.668 after touching a high of 96.961 earlier.

The Japanese yen, widely seen as a safe-haven currency, was at 113.07 against the dollar after seeing a low of 113.66 earlier. The Australian dollar traded at $0.7377 after touching highs around $0.739 yesterday. 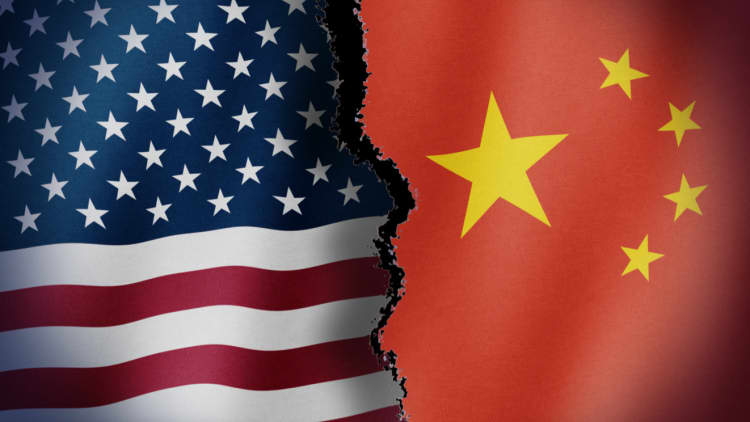