New orders for U.S.-made goods recorded their biggest drop in more than a year in October and business spending on equipment appeared to be softening, suggesting a slowdown in activity in the manufacturing sector.

Factory goods orders fell 2.1 percent amid a decline in demand for a range of goods, the Commerce Department said on Thursday. That was the largest decrease in orders since July 2017. Data for September was revised lower to show factory orders rising only 0.2 percent instead of the previously reported 0.7 percent increase.

An Institute for Supply Management survey of manufacturers published on Monday showed an improvement in business conditions in November. Manufacturers across nearly all industries, however, complained that worker shortages and the Trump administration's import tariffs were disrupting operations. 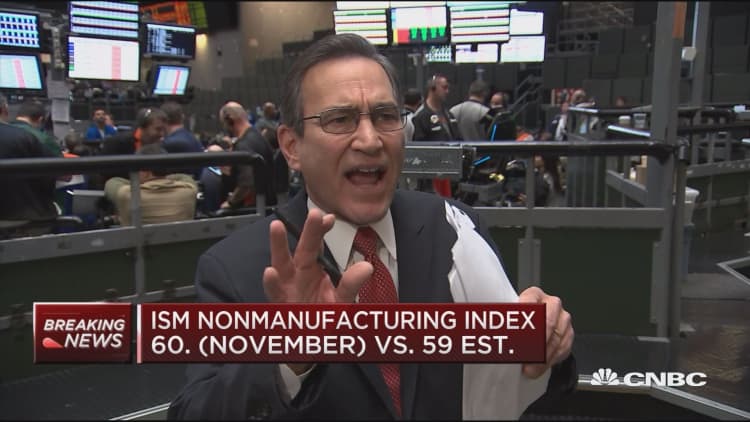 The Commerce Department also said October orders for non-defense capital goods excluding aircraft, which are seen as a measure of business spending plans on equipment, were unchanged, as reported last month. Orders for these so-called core capital goods dropped 0.6 percent in September.

Core capital goods shipments fell 0.3 percent in September. Business spending on equipment has slowed since the second quarter after strong growth in 2017 and early 2018. This is despite the White House's $1.5 trillion tax cut.

Some companies including Apple used their tax windfall to buy back shares on a massive scale. Spending on equipment could also be undercut by declining oil prices.