Tesla has a billion-dollar debt coming due, and it could wipe out nearly a third of the company's cash if the stock price doesn't improve.

About $920 million in convertible senior notes expires on March 1 at a conversion price of $359.87 per share. But Tesla's stock hasn't traded above $359 for weeks. If the shares are about $359.87, then Tesla's debt converts into Tesla shares. If not, Tesla will have to pay the debt in cash.

Tesla reported cash and cash equivalents of $3 billion at the end of its September quarter. The company continues to reveal pressure to maintain profitability, and announced Friday it would cut 7 percent of its full-time workforce.

Shares fell more than 10 percent Friday following the announcement to trade around $310 per share.

"The current operating plan is to pay off our debts and not to refinance them but to pay them off and reduce the debt load and overall leverage of the company," Musk said at the time.

Tesla had previously notified bondholders they could be paid out in a 50-50 mix of cash and common stock, according to Bloomberg. But if the stock doesn't recover above $359 — a gain of 16 percent from Friday's intraday price — by the conversion date, Tesla won't have a choice.

Correction: Tesla reported cash and cash equivalents of $3 billion at the end of its September quarter.

WATCH: Tesla is laying off workers. Here's what investors need to know. 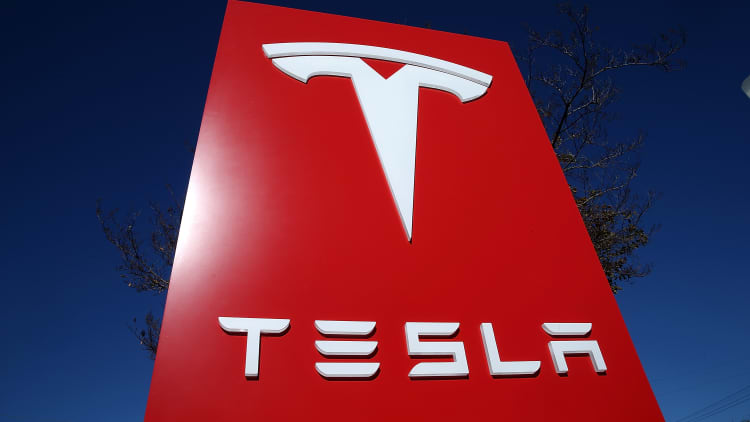