The milestone is a turning point in the race to be the dominant streaming music service. It is also an early sign of success for Apple's new "services" strategy, which aims to sell existing iPhone users paid monthly subscriptions to online services.

In February, Apple Music had 28 million paid subscribers in the United States and Spotify had 26 million, according to the report, which cited people familiar with the matter.

The report also mentioned that Apple Music's worldwide and U.S. growth rates are higher than Spotify's.

Spotify still has more subscribers than Apple Music. Spotify said it had 96 million paid users in February, and unlike Apple Music it offers a free tier that's supported by advertising. Spotify has 207 million users when you add free users to the number of paid subscriptions.

Apple Music has 56 million paid subscribers worldwide, according to the Financial Times.

But Apple Music has a few advantages that Spotify doesn't. It comes pre-installed on iPhones, of which there are 900 million currently in use around the world. The biggest U.S. carrier, Verizon, bundles free Apple Music subscriptions with certain cell phone service plans, but Spotify has similar deals with Sprint and Samsung.

Spotify and Apple are on bad terms. Last month, Spotify's CEO blasted Apple for what it called "unfair" policies around its App Store and filed an antitrust complaint with the European Commission. Apple responded in a statement on its site that said Spotify was wrapping "its financial motivations in misleading rhetoric." 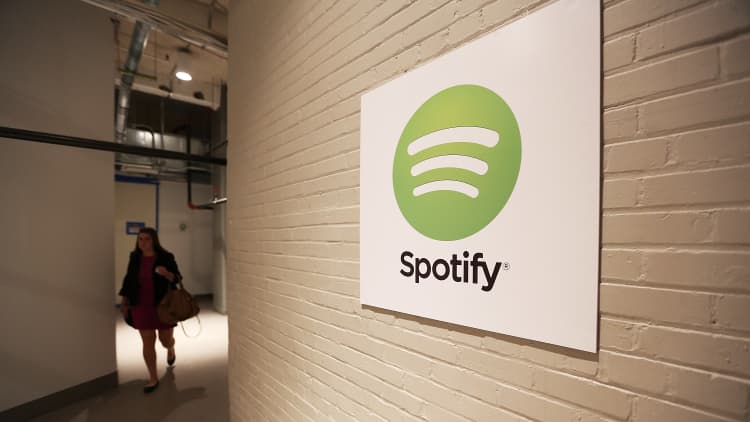