Stanley Druckenmiller, a billionaire hedge fund manager with a long track record of beating the market, said Monday that he sold nearly all of his investments and piled into Treasurys after President Donald Trump's May tweet that escalated the U.S.-China trade dispute.

"When the Trump tweet went out, I went from 93% invested to net flat and bought a bunch of Treasurys," Druckenmiller said. "Not because I'm trying to make money, I just I don't want to play in this environment."

Stocks have been hit and yields have dropped since Trump's May 5 tweet escalated the trade battle with China. The S&P 500 is down more than 6.5% and the Dow Jones Industrial Average has lost more than 1,600 points.

Druckenmiller, who was interviewed by Key Square Capital Management founder Scott Bessent at The Economic Club of New York, said he's concerned that Trump's aggressive trade policies may have damaged the U.S. economy and believes that the president will be beat by Democratic opponents in 2020.

"I did not expect the lovely tweet that interrupted my golf game on Sunday afternoon about a month ago," he joked. 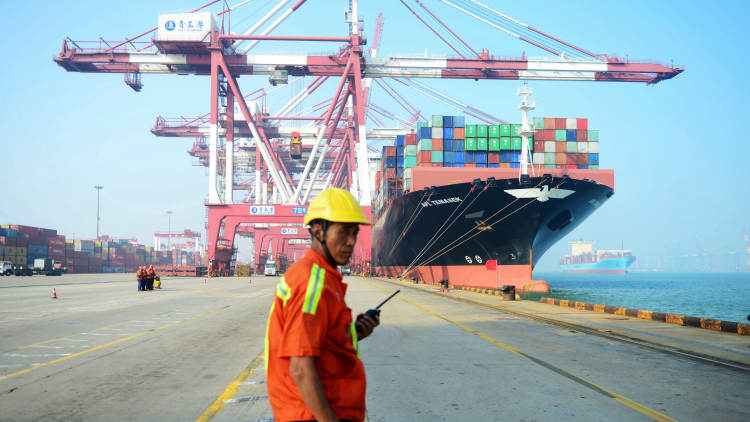 watch now
VIDEO4:2904:29
How China could use its massive US debt holdings as a trade war weapon
Trade

Trump "wants to run on tariffs. He thinks they are a winning formula in the swing states and the belligerent, sort of verbose pressure he's putting — and the braggadocio toward China — he's giving Xi Jinping no off-ramp to make a deal," the hedge fund manager added.

Druckenmiller is former chairman and president of Duquesne Capital. His hedge fund track record is renowned on Wall Street, generating annualized returns of 30% during his investment career. He has a net worth of $4.6 billion, according to Forbes.

The hedge fund manager said he did not have a strong conviction on which way the financial markets will go from here.

"I actually own a lot of Treasurys and when I bought them I wasn't sure rates were going to go down, what I was sure was that they weren't going to go up," he said.