Shopify's stock has been on a tear in the past 12 months, jumping more than 150% en route to surpassing eBay's market cap earlier this year. It is now expected to pass eBay in terms of merchant sales volume in the U.S. as well.

In a note published Monday, R.W. Baird wrote that Shopify is expected to become the second-largest e-commerce platform in the U.S. this year — behind only Amazon — in terms of the sales volume generated by merchants using its service. Shopify is best known for its software that helps merchants sell online, including tools to launch e-commerce sites and accept online payments.

The estimate reflects Shopify's continued growth, which has pushed its stock to more than double this year. The company is now worth $40 billion, and has a larger market cap than eBay, which is valued at roughly $34 billion.

R.W. Baird forecast the number of merchants using Shopify to exceed 1 million by the end of this year, leading to higher revenue estimates for 2019. The market research firm also raised Shopify's price target from $370 to $410.

Shopify also announced Monday that it's buying the warehouse automation start-up 6 River Systems for $450 million. The start-up is best known for its "Chuck" autonomous vehicles that can move around packages in the warehouse. Shopify has recently launched a new fulfillment service that packs and ships products for sellers that pay an additional fee. 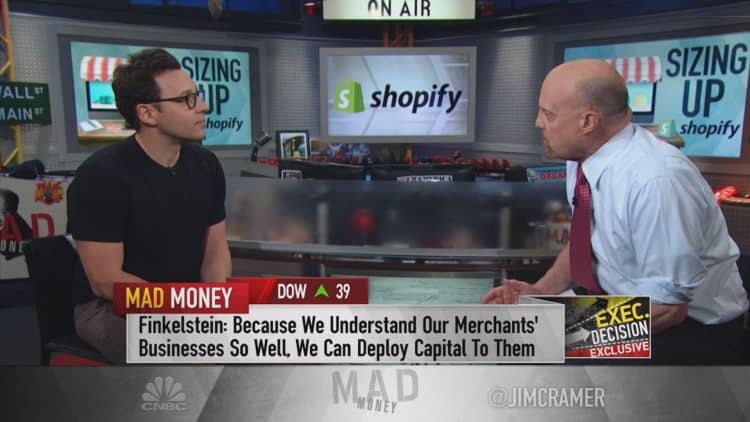