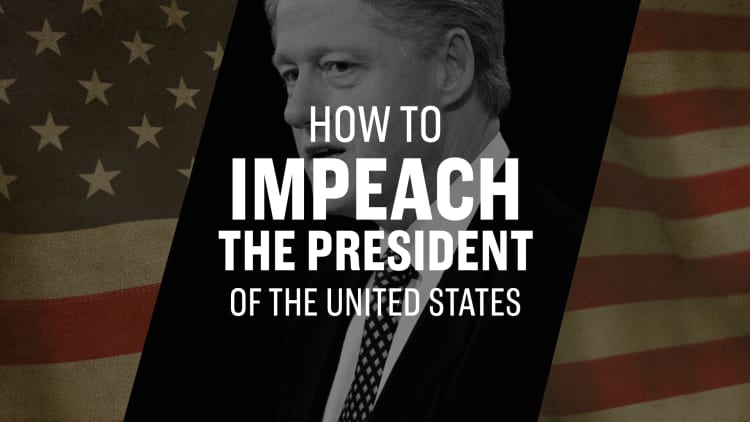 watch now
VIDEO1:1901:19
How to impeach the President of the United States
Digital Original

Some of U.S. President Donald Trump's critics in the House of Representatives are calling for an impeachment investigation following a whistleblower complaint that has roiled Washington.

The complaint, which came from inside the intelligence community, focused on a July phone call in which Trump repeatedly pressured Ukraine's president to investigate Hunter Biden, the son of former Vice President Joe Biden, who is one of Trump's chief political rivals, according to reports by The Wall Street Journal and other U.S. media outlets.

Some Democratic lawmakers have said they have no choice but to try to impeach Trump if he pressured a foreign leader to influence a U.S. election.

The majority of the 235 Democrats in the House already supported an impeachment inquiry based on former Special Counsel Robert Mueller's report, which declined to make a judgment on whether Trump obstructed justice but outlined 10 instances in which Trump tried to have Mueller fired or otherwise impede the investigation. 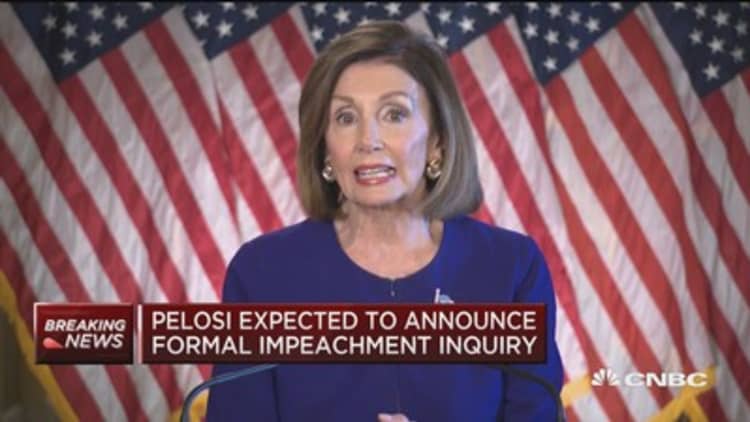 Trump on Sunday acknowledged that he discussed Biden with Ukraine's president but defended the call as perfectly appropriate.

"The conversation I had was largely congratulatory, with largely corruption, all of the corruption taking place and largely the fact that we don't want our people like Vice President Biden and his son creating to the corruption already in the Ukraine," Mr. Trump told reporters.

Opinion polls continue to show voters sharply divided over removing Trump from office through impeachment, and House Speaker Nancy Pelosi has opposed impeachment as a politically risky move unless investigators find powerful evidence of misconduct by Trump that can unify public opinion.

Here is how the impeachment process works.

The founders of the United States created the office of the presidency and feared that its powers could be abused. So they included impeachment as a central part of the Constitution.

The president, under the Constitution, can be removed from office for "treason, bribery, or other high crimes and misdemeanors." What exactly that means is unclear. Historically, it can encompass corruption and other abuses, including trying to obstruct judicial proceedings.

No president has ever been removed as a direct result of impeachment. One, President Richard Nixon, resigned before he could be removed. Two, presidents Andrew Johnson and Bill Clinton, were impeached by the House, but not convicted by the Senate.

How does it work?

Impeachment begins in the House, the lower chamber, which debates and votes on whether to bring charges against the president via approval of an impeachment resolution, or "articles of impeachment," by a simple majority of the House's 435 members.

If the House approves such a resolution, a trial is then held in the Senate. House members act as the prosecutors; the senators as jurors; the chief justice of the U.S. Supreme Court presides. A two-thirds majority vote is required in the 100-member Senate to convict and remove a president. This has never happened.

Can the Supreme Court overturn?

No. Trump has said on Twitter that he would ask the Supreme Court to intervene if Democrats tried to impeach him. But the founders explicitly rejected allowing appeal of a Senate conviction to the federal judiciary.

The House has 235 Democrats, 199 Republicans, and one independent. As a result, the Democrats could impeach Trump with no Republican support. 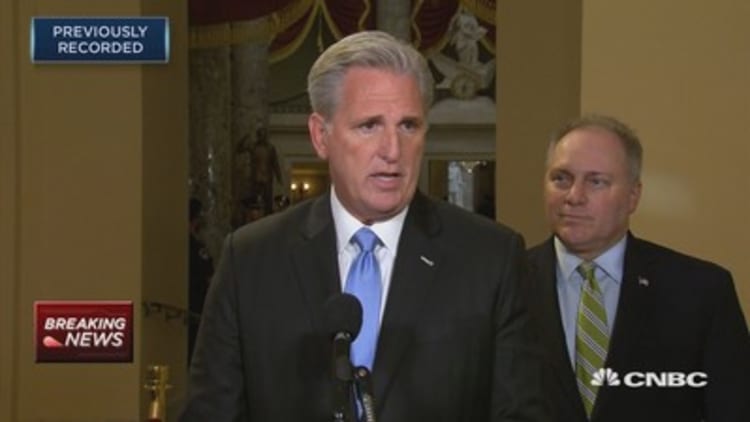 In 1998, when Republicans had a House majority, the chamber voted largely along party lines to impeach Clinton, a Democrat.

Who becomes president if Trump is removed?

In the unlikely event the Senate convicted Trump, Vice President Mike Pence would become president for the remainder of Trump's term, which ends on January 20, 2021.