Salesforce said Wednesday it will not hold its annual Dreamforce conference in person in San Francisco this year as uncertainty continues over when the coronavirus pandemic will be controlled. The event for customers and partners was scheduled for November 9-12. The company said its events for the year have been canceled and will instead go on in "new and virtual ways."

Dreamforce is not only a convention, but also serves informally as the company's biggest marketing opportunity of the year. the event often catches media attention by bringing outside speakers, like former President Barack Obama.

It has also historically brought considerable economic activity to San Francisco, alongside other large tech events events like Cisco Live and Oracle OpenWorld. (Oracle said in December that OpenWorld would be moving to Las Vegas.) Last year 171,000 people attended Dreamforce, according to a statement, and created more than $240 million in revenue for the San Francisco Bay Area, a Salesforce executive told local television station KRON4.

"As we've done with other events, we'll continue to create innovative digital experiences for our ecosystem," Salesforce said in an update on its website. For example, we turned our World Tour Sydney into a virtual event in March, taking what is typically an 11,000-person event into one viewed by 80,000 people. We're looking forward to building on that success over the coming months.

The company will reimburse companies for sponsorships and people for passes they purchased for this year's show, although it won't refund people for flight reservations or hotel bookings that were made outside of its registration system.

"We will record as much content as possible for on-demand viewing," the company said on its website. "Some content and experiences may only be available during the live virtual events so we encourage our community to join us live for maximum engagement."

Other technology companies, like Google, Microsoft and Facebook, have also canceled events this year as the coronavirus has continued to spread. 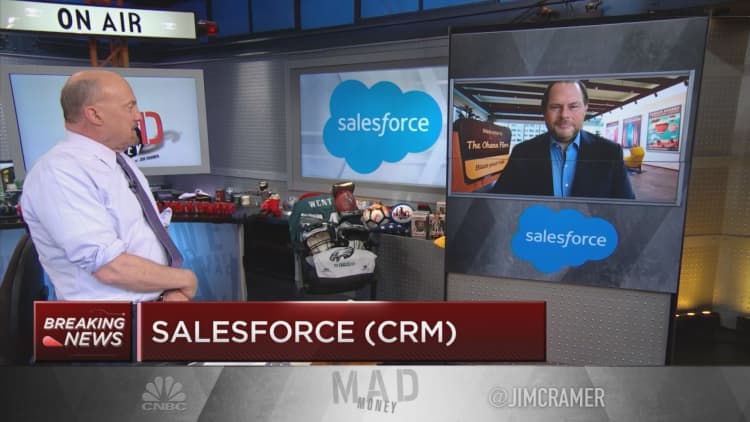