A court ruling tossing out Wisconsin's stay-at-home order threw communities into chaos Thursday, after some bars opened immediately and were packed with customers while other local leaders moved to keep strict restrictions in place amid the coronavirus pandemic.

The conservative majority of the Wisconsin Supreme Court late Wednesday afternoon ruled that Democratic Gov. Tony Evers' "safer at home" order was invalid. To enact a new statewide plan, Evers will have to work with the GOP-controlled Legislature, a process that could take weeks. Evers and Republican leaders scheduled a Thursday morning meeting to discuss next steps.

The court ruling drew praise Thursday from President Donald Trump, who called it a "win" in a post on Twitter and added: "Its Democrat Governor was forced by the courts to let the State Open. The people want to get on with their lives. The place is bustling!"

The Tavern League of Wisconsin swiftly posted the news on its website, telling members, "You can OPEN IMMEDIATELY!"

Some bars did just that. Nick's Bar in Platteville, in far southwest Wisconsin, posted a 30-second video late Wednesday that showed the bar teeming with people drinking, talking and bobbing their heads to music. Bars in Appleton and Kaukauna in northeast Wisconsin also opened and were packed with people.

The party may be short-lived in Appleton. City officials signed an order Wednesday that took effect at 8 a.m. Thursday continuing the state's "safer at home" order. Other communities were taking similar steps, including Racine, Kenosha County and Brown County, home to Green Bay.

In Dane County, home to the capital of Madison, officials quickly imposed a mandate incorporating most of the statewide order until May 26. Milwaukee health officials said a stay-at-home order they enacted in late March remains in effect and does not have an end date.

Tom Diehl, president of the Association of Wisconsin Tourism Attractions, runs the Tommy Bartlett Exploratory and water ski show in Lake Delton in Sauk County, one of the state's tourist destinations. 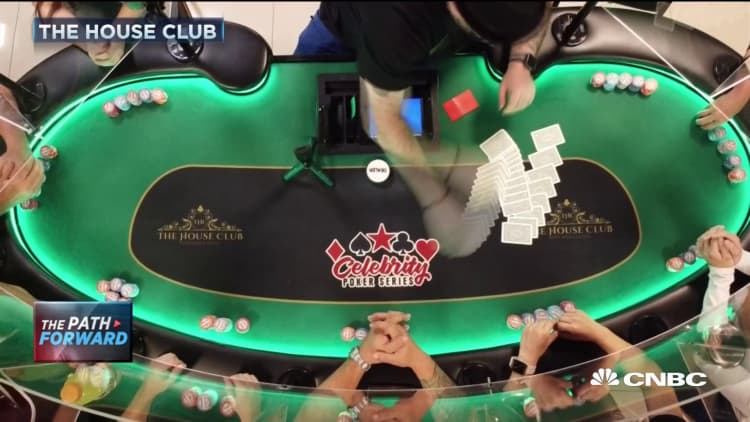 watch now
VIDEO3:4803:48
Here's what casinos of the future may look like post-coronavirus
The Exchange

He plans next week to open the exploratory, an indoor attraction featuring some 175 interactive exhibits like giant levers and a mock-up of a Russian space station capsule. Diehl said he will take precautions such as having hand sanitizer available and asking visitors to keep their distance from each other.

Diehl canceled the water ski show for the summer several weeks ago, however, and doesn't plan to bring it back because he doesn't believe people will feel safe enough to gather in a stadium to watch it.

"They're not going to venture out of their own locale until they're confident enough it can be done safely," Diehl said. "It's going to take time."

Not everyone was moving quickly to reopen.

Wisconsin Restaurant Association Chairwoman Joanne Platzkill, co-owner of Za 51 Pizzeria and Draganetti's Ristorante in Altoona in Eau Claire County, said she will continue offering only takeout for now. It will take time to bring back laid-off workers, rearrange seating to accommodate social distancing guidelines and order more food. Outdoor seating may open next week at 25% capacity, she said.

"The light switch went off when the (stay-at-home) order was in place and we can't flip it back on easily," she said. "Honestly, I don't think it will ever be the same as it was. "

Wisconsin tribes will keep their casinos closed at least through May 26, Shannon Hosley, president of the Stockbridge-Munsee Band of Mohicans and the Great Lakes Inter-Tribal Council, said.

"The goal here is to keep everybody safe and that holds true today regardless of a court order or not," Hosley said.

As the debate on how to manage the coronavirus has grown more partisan, Republicans in other states have made similar moves. In Kansas on Wednesday, top GOP lawmakers resisted Democratic Gov. Laura Kelly's request to extend a disaster declaration to mid-June.

Democratic governors in Pennsylvania, Michigan and Louisiana have faced a mix of legislation and lawsuits aiming to curtail their power. A couple hundred people angry over Michigan's coronavirus stay-at-home order were protesting in the rain outside the state Capitol on Thursday. It was led by Michigan United for Liberty, a conservative activist group that has sued Gov. Gretchen Whitmer and organized or participated in several protests since early April.

Evers had been slowly easing restrictions on closed businesses in Wisconsin as the percentage of new cases dropped and other metrics that were a part of his reopening plan were met. As of Wednesday, there were nearly 10,100 confirmed cases of Covid-19 in Wisconsin and 421 deaths, according to the state Department of Health Services. 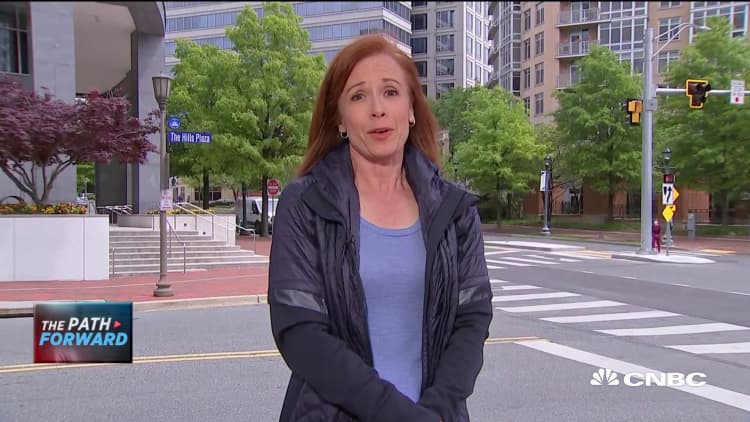 watch now
VIDEO1:0601:06
The office sector will come back, but with some changes: Analysts
Power Lunch