Several former lobbying clients of Chad Wolf, now the acting secretary of Homeland Security, have received millions of dollars' worth of government contracts while he has held senior positions within the department.

Since then, several of Wolf's former clients reaped a total of at least $160 million in contracts from DHS, according to a CNBC analysis of the public filings.

A DHS spokesman told CNBC that Wolf has no involvement with any government contracts.

"Acting Secretary Wolf has had zero involvement in DHS contract awards, including contracts won by his former clients. He leaves those matters to the career professionals in the DHS Chief Procurement Office," the agency spokesman said.

After joining TSA, Wolf recused himself from DHS matters that involved his former clients. He has maintained that recusal throughout his tenure at the department.

Still, Democrats pounced on the revelation, arguing that it marks the latest example of how the Trump administration acts against the president's own promise of "draining the swamp."

"Donald Trump and Chad Wolf's flagrant conflicts of interest screw taxpayers over while rewarding their crony friends and special interests. When voters sent Trump to Washington, they thought he would 'drain the swamp,'" Kyle Morse, a spokesman at Democratic super PAC American Bridge, told CNBC.

Trump signed an executive order in 2017 that banned former lobbyists and lawyers from taking part in government matters linked to their previous clients for the first two years of their tenure in the administration. Some Trump officials, however, have been given waivers to that rule. Wolf's name is not on the public waiver list that was issued in April of this year.  A list created by ProPublica showing Trump aides who signed the ethics waiver also does not include Wolf.

The executive order also called on former Trump officials not to take part in lobbying for the five years following their appointments. The nonpartisan Center for Responsive Politics shows that even after being a member of the Trump White House, many do go on to work for lobbying firms.

The developments also come as Wolf and the department are under scrutiny by Democrats for how they treated protesters in Portland, Oregon. The protests stemmed from the unrest following the Minneapolis police killing of George Floyd, an unarmed Black man, on Memorial Day.

Among the former Wolf clients to receive multimillion-dollar contracts are American Science and Engineering, an X-ray equipment manufacturer; ABB, an automation company based in Switzerland, and Analogic Corporation, a technology business owned by private equity firm Altaris. These companies did have other contracts with DHS before Wolf arrived there.

One American Science and Engineering contract, which took effect on July 1, 2018, is worth just over $80 million, a filing says. The company, in this case, is dedicated to supplying U.S. Customs and Border Protection, which is under DHS, with maintenance and support services. AS&E, which, according to its website, is now owned by Rapiscan Systems, saw at least $93 million in DHS contract obligations in 2018.

Analogic received over $9 million in DHS contracts between 2017 and 2018. In 2017, Analogic announced a $4 million base contract with TSA, another agency under Homeland Security.

The contract allowed Analogic "a 12-month development phase and 24 months of prototype warranty, with options for additional ConneCT prototypes and warranty for a period of 24 months at the TSA's discretion," the release, dated Nov. 2, 2017, says.

From 2008 until 2010, Wolf lobbied TSA for Analogic on issues related to security equipment, lobbying disclosure reports say. The New York Times reported that Wolf tried to help Analogic sell its carry-on baggage equipment to TSA when he was still working at Wexler & Walker. Wolf, who also worked at TSA during the Bush administration, later became the agency's acting chief of staff under the Trump presidency.

ABB, which had tapped Wolf to lobby Congress on its behalf, also saw a major contract go its way while Wolf held top positions at DHS. ABB received a DHS government contract worth $5.6 million for services dedicated to the U.S. Coast Guard.

Wolf lobbied for ABB until 2016. Filings show that during his last year of work for the company, he focused, in part, on issues related to the "United States Coast Guard Icebreaker," a fleet of ships that have the ability to go through thick sheets of ice in places such as the Arctic.

An ABB spokesman gave details about the focus of the contract and noted that the company has had no contact with Wolf since he finished his tenure as a lobbyist.

"The contract referenced in your email is a service and maintenance contract for a vessel commissioned with an ABB Azipod propulsion system back in 2006," the spokesman, Chris Shigas, explained. "To our knowledge, ABB representatives did not meet or discuss any agreements with Mr. Wolf since he left Wexler Walker."

Representatives for Analogic and AS&E did not respond to requests for comment. 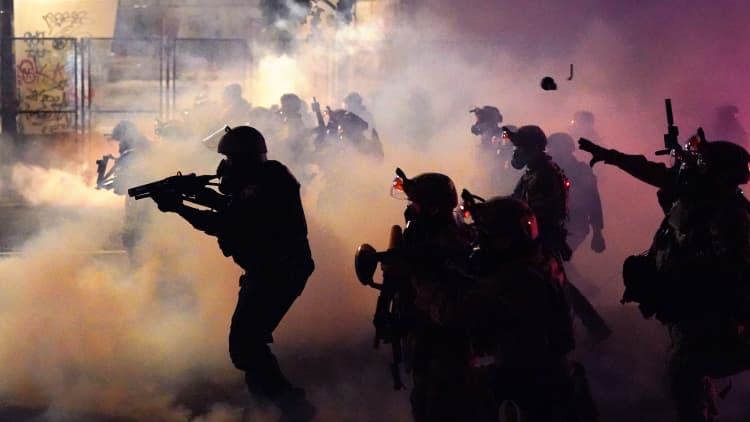