Uber Technologies CEO Dara Khosrowshahi during the opening bell at the New York Stock Exchange during the company's IPO, May 10, 2019.
Brendan McDermid | Reuters

Nearly 200 current and former Uber employees sued the company Thursday, alleging it broke an agreement that would have granted them shares at a lower rate and saved them millions of dollars in income tax.

The lawsuit challenges a key element in Silicon Valley recruitment: restricted stock unit (RSU) agreements. Tech companies, especially in their early days, often offer employees stock options to lure talent to take a chance on them, even if they are unable to offer hefty salaries as they begin to grow.

The employees suing Uber, which the complaint estimates make up a fraction of 15,000 employees and contractors who would be affected, allege that Uber accelerated the date it would issue shares to employees, in breach of its agreement. They claim the earlier date, which locked in their shares at the IPO share price of $45, benefited Uber by eliminating risk that the shares would be worth more later on, which would cost it more in compensation expenses.

But the complainants allege Uber knew it was more likely that its stock price would decline over the six months following the IPO during the lock-up period when employees were prohibited from selling their shares. Once that six months were up, Uber's shares were worth $27, though the employees holding RSUs would be taxed on the $45 IPO price at which they received their shares, the complaint alleges. Employees should have received their shares six months from the IPO date based on their RSU agreements, they allege, which would have allowed them to be taxed on the $27 share price.

The accelerated date cost employees with RSU agreements "a few hundred million dollars in additional income tax," according to the complaint. The 190 plaintiffs lost an estimated total of "$9 million in out-of-pocket financial losses in the form of additional income tax liabilities incurred."

The employees claim in the lawsuit that Uber knew the acceleration was risky, in part due to the fact that its closest competitor, Lyft, had seen its stock price fall after an IPO earlier that same year. The plaintiffs seek compensation and punitive damages.

"These claims are simply without merit," an Uber spokesperson said in a statement in response to the lawsuit.

The complaint noted Uber is also being sued by a group of investors alleging Uber painted a misleadingly rosy picture ahead of its IPO. The employee lawsuit is the latest in a series of regulatory hurdles Uber has faced. Uber recently was ordered to reclassify California workers as employees rather than contractors under a new state law. But the preliminary injunction ordering the move was stayed pending an appeal.

WATCH: Why Uber is losing money and what it will take to become profitable 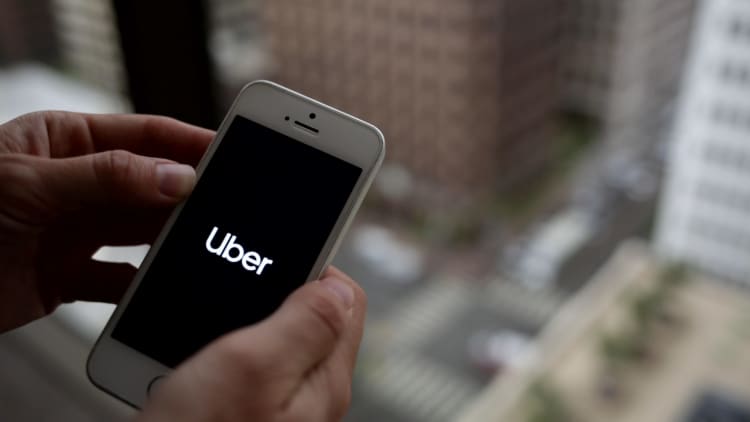 watch now
VIDEO6:2906:29
Uber is losing money — will it ever be profitable?
Tech