Americans who are hoping for more financial assistance may have to wait until after the November election before Congress can strike a deal.

Yet experts say continued financial assistance to Americans, including unemployment insurance and a second set of stimulus checks, are necessary now based on the current condition of the U.S. economy.

Congress' last efforts to shore up the American economy — the $2.2 trillion CARES Act — was signed into law in March.

Since then, Republicans and Democrats have struggled to agree on how much aid to continue to provide in a follow-up bill. Democrats proposed a broad $3 trillion plan in May, called the HEROES Act. Republicans took issue with the price tag, instead putting forward their own $1 trillion plan, while aiming to scale down the enhanced unemployment insurance from $600 per week, as well as aid to state and local governments. 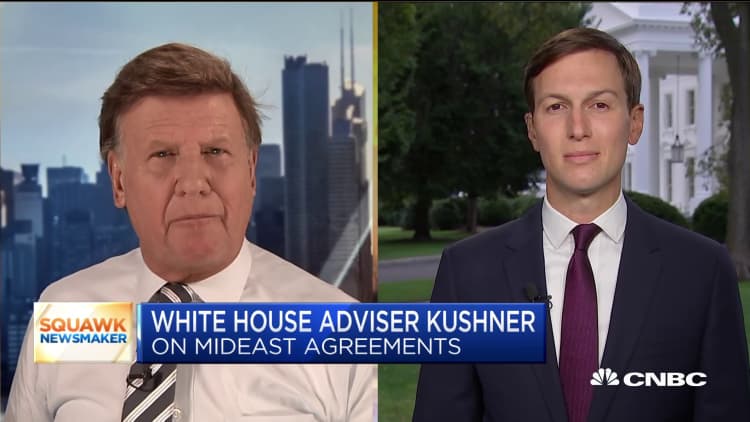 "The hope is that we'll still get to a deal," Kushner said. "It may have to happen after the election, because there obviously are politics involved. This is Washington."

What needs to happen now

The American economy has started to recover since March, but it still needs some extra help, said Nick Bloom, professor of economics at Stanford University's Graduate School of Business.

"As an economist, I would have some kind of stimulus package and there would be some payments, unemployment insurance particularly for people who have lost jobs," Bloom said.

An extra $600 per week in federal unemployment insurance made sense at the height of the pandemic, Bloom said. But that can probably be scaled back now so that the average unemployed American is not making more on unemployment than they were working.

"That would help boost the economy and provide a lifeline to all Americans so at least they can provide for the basics, food and rent," Bloom said.

Because the economy is starting to recover, the next stimulus package doesn't need to be as large as the CARES Act, he said.

The Federal Reserve deserves much of the credit for the U.S. economy holding together so well, Bloom said. Now, the markets are less sensitive to whether or not a stimulus package is passed because they know the Fed will step in.

Still, the U.S. central bank can't do what Congress can do.

There is an election coming up. That doesn't mean people who are hungry can take a time-out.
Chuck Marr
senior director of federal tax policy at the Center on Budget and Policy Priorities

"The Fed cannot cut checks to individual Americans who have lost their jobs," Bloom said. "But it can go out and make huge amounts of asset purchases.

"Wall Street isn't that bothered, but Main Street should care."

While the enhanced unemployment insurance is at risk of running out, other aid like food assistance was never sufficient in the first place, said Chuck Marr, senior director of federal tax policy at the Center on Budget and Policy Priorities.

"There is an election coming up," Marr said. "That doesn't mean people who are hungry can take a time-out.

"When you're in a crisis, the calendar needs to be adjusted for that." 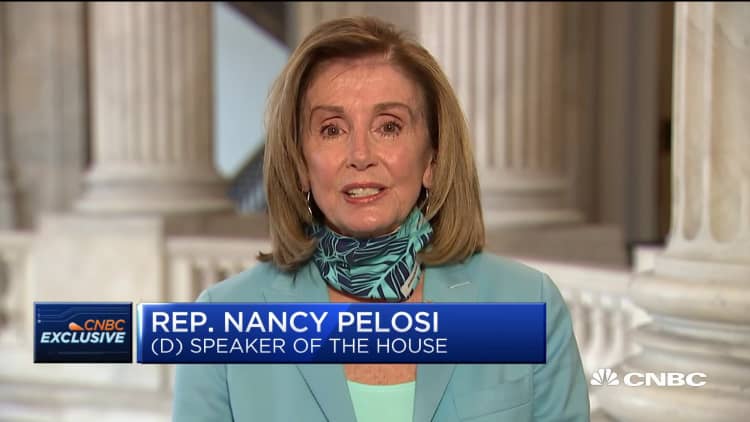 watch now
VIDEO3:0703:07
Covid-19 relief bill is not about the President, it's about the people: Nancy Pelosi
Squawk on the Street

Washington politicians know that American families and individuals need more financial aid. But they still blame each other for the inability to get a new package done.

On Tuesday, Pelosi said the federal government needs to provide help to key areas Republicans left out of their bill. That includes state and local governments, which provide 90% of the funding for public schools, she said. Meanwhile, 14 million children do not have enough food and many families are on the verge of eviction.

"A skinny deal is a Republican bill" Pelosi said. "That's not a deal at all.

"Chuck Schumer and I call it an emaciated proposal for a massive problem," she added. "We have to face that reality." 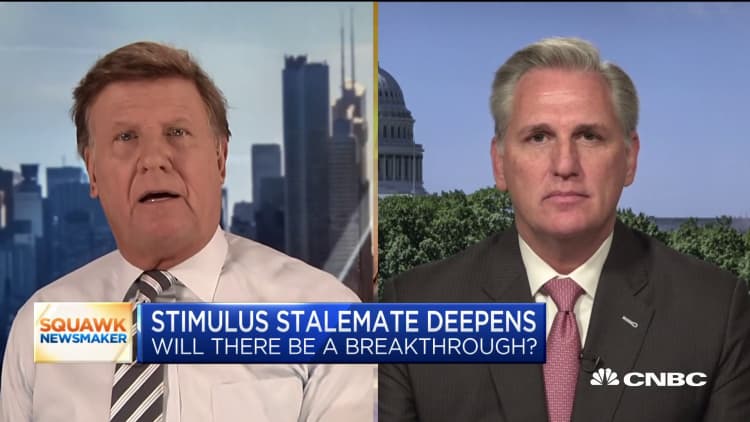 McCarthy, however, pointed out that there is more than $100 billion left over from the CARES Act that can be freed up for the states to use.

He also blamed Pelosi for failing to get a deal done after bringing Congress back for an emergency meeting on the Post Office.

"Because I know, at the end of the day, we would find an agreement."