A Biden campaign staffer publicly condemned Facebook over its handling of the election aftermath, claiming it is "shredding the fabric of our democracy."

Bill Russo, deputy communications director for the Biden campaign, sent out a series of tweets on Monday criticizing Facebook's handling of misinformation and some users' calls for violence related to the election. Russo specifically called out Facebook's handling of posts by Steve Bannon, a former advisor to President Donald Trump, and the media outlet Bannon previously ran, Breitbart.

The criticism could be an early indication of President-elect Joe Biden's approach to the social media platform and even the tech industry at-large. Biden has given few hints about how he would handle the long list of concerns around the tech industry, which span from content moderation to antitrust issues. 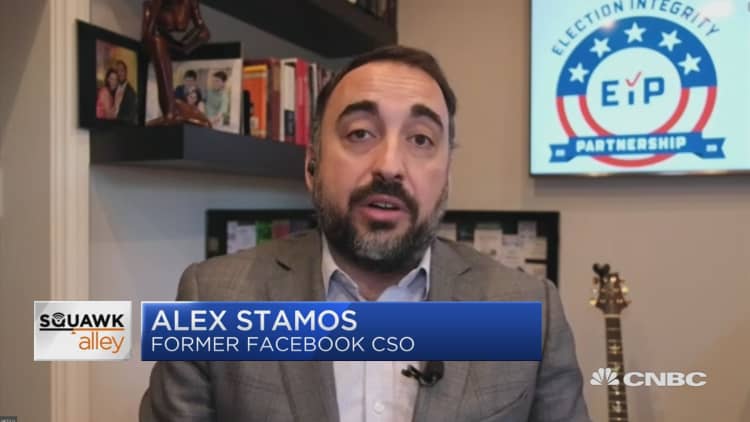 The sparse comments Biden has given so far do not bode well for the tech industry and specifically for Facebook.

"No, I've never been a fan of Facebook, as you probably know," he told The New York Times editorial board, according to a transcript published in January. "I've never been a big Zuckerberg fan. I think he's a real problem."

Biden also told the Times he believed Section 230 of the Communications Decency Act, which protects tech platforms from being held liable for their users' posts, should be "revoked." That's a far bolder stance than most lawmakers on ether side of the aisle have stated, given that the law also allows platforms to take down objectionable posts, like those promoting violence or harassment.

Facebook on Monday banned a network of pages linked to Bannon for "artificially boost[ing]" the number of people who would get to see their posts on the platform. A group originally called "Stop the Steal," which amplified Trump's baseless claims about election fraud, was among the pages Facebook found to have violated its policies and removed. A Bannon spokesperson did not provide comment on the removals Monday.

According to Russo, the action was too little too late. The group had already exposed thousands of users to the baseless theories, and several more popped up after its removal, he said.

"In the lead-up to this election, we announced new products and policies to reduce the spread of misinformation and the potential for confusion or civil unrest," a Facebook spokesperson said in a statement. "We built the largest third-party fact-checking network of any platform and they remain actively focused on claims about the election, including conspiracy theories. We changed our products to ensure fewer people see false information and are made aware of it when they do, and highlighted reliable election information where nearly everyone on Facebook and Instagram saw that Vice President Biden was the projected winner of the U.S. election."

Russo also criticized Facebook for maintaining Bannon's page on its platform after Bannon called for the beheading of government infectious diseases-expert Dr. Anthony Fauci and FBI Director Christopher Wray during a podcast. Twitter suspended the podcast from its platform and Google-owned YouTube took down the episode.

After Bannon released the episode, his lawyers defending him on charges that he defrauded donors to a nonprofit sought to be released from his case.

Russo said in a tweet that the campaign had "pleaded with Facebook for over a year to be serious about these problems. They have not."

The messages signal Facebook is likely to face continued scrutiny under the Biden administration. The company has been under investigation by the Federal Trade Commission and a coalition of states over antitrust concerns for well over a year. The federal agency could bring charges against Facebook as soon as this month, according to Politico.

WATCH: Here's why some experts are calling for a breakup of Big Tech after the House antitrust report 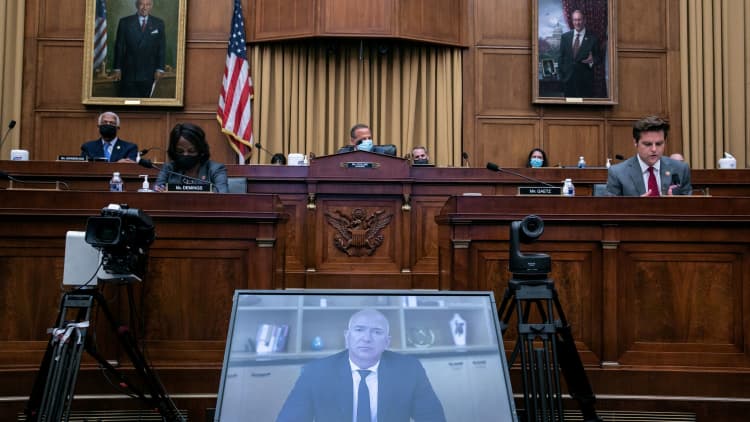 watch now
VIDEO2:3402:34
Why some experts are calling for a breakup of Big Tech after the House antitrust report
Tech