Facebook CEO Mark Zuckerberg and Twitter CEO Jack Dorsey are making their second appearance before the Senate in less than a month to defend the legal liability shield that underpins their business models.

Both CEOs plan to highlight their efforts to crack down on misinformation around the U.S. elections, according to their prepared testimony for Tuesday's hearing before the Senate Judiciary Committee. They will also urge lawmakers to tread carefully in their efforts to reform Section 230 of the Communications Decency Act, which protects them from being held liable for their users' posts.

The hearing, titled "Breaking the News: Censorship, Suppression, and the 2020 Election," is expected to focus on the platforms' role in spreading and cracking down on messages related to this year's elections. It came about after Facebook and Twitter both took actions to reduce the spread of an unverified New York Post article claiming to contain a "smoking gun" email about President-elect Joe Biden and his son before the election. Biden has called the story a "smear" and his campaign claimed the Post "never asked the Biden campaign about the critical elements of this story," including that President Donald Trump's personal lawyer Rudy Giuliani supposedly acquired the documents. 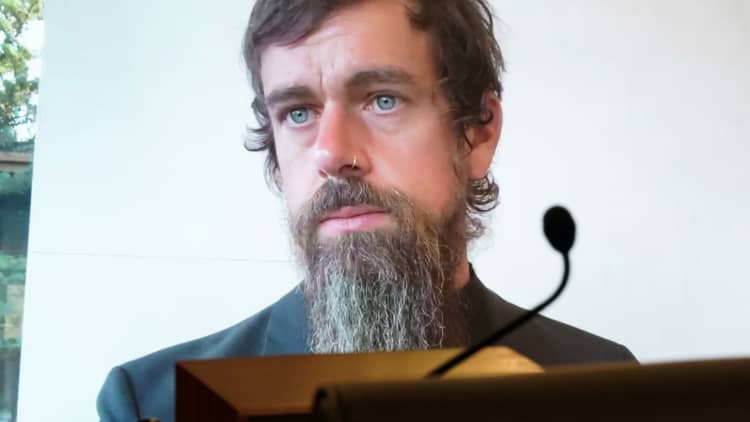 Republican senators on the Judiciary Committee voted to authorize subpoenas for the two CEOs in light of their handling of the article. Democrats were not present for the meeting because they were boycotting a vote on Amy Coney Barrett's nomination to the Supreme Court. The CEOs ultimately agreed to testify voluntarily, less than a month after they appeared before the Senate Commerce Committee to discuss similar issues alongside Google CEO Sundar Pichai.

In his prepared statement, Dorsey cautioned that getting rid of Section 230 would have the opposite effect that lawmakers intend.

"Completely eliminating Section 230 or prescribing reactionary government speech mandates will neither address concerns nor align with the First Amendment," he wrote. "Indeed, such actions could have the opposite effect, likely resulting in increased removal of speech, the proliferation of frivolous lawsuits, and severe limitations on our collective ability to address harmful content and protect people online."

He added, "The world has changed since Section 230 of the Communications Decency Act of 1996 became law, but the fundamentals of online speech that led to its passage largely remain."

Dorsey also wrote that the situation with the Post article showed the need for transparency among tech companies when they change their policies.

Twitter initially prevented users from sharing the Post story because it violated company policies on hacked materials and personal information. Specifically, the story contained images of documents supposedly taken from a hard drive that belonged to Hunter Biden without his knowledge. Some of the documents shown in the article contained unredacted private email addresses.

Dorsey wrote that it created the hacked materials policy in 2018, after discussions with the U.S. government, to prevent Twitter from becoming a conduit for the spread of hacked materials. But after journalists and others complained about how Twitter handled the Post article, Twitter revised the policy to cover only materials directly shared by hackers.

"The @NYPost example demonstrates the complexity of content moderation and policy enforcement decisions," Dorsey wrote in his prepared statement.

He also discussed Twitter's principles of procedural fairness and algorithmic choice, addressing conservatives' concerns about alleged bias. He wrote that while enforcement mistakes are "inevitable," Twitter makes it easy to appeal.

"Procedural fairness at Twitter also means we ensure that all decisions are made without using political viewpoints, party affiliation, or political ideology, whether related to automatically ranking content on our service or how we develop or enforce the Twitter Rules," Dorsey wrote.

Zuckerberg did not address the Post article directly in his prepared remarks, but instead reiterated his calls for Section 230 reform while urging caution.

Facebook was among the most prominent supporters of another Section 230 reform, FOSTA-SESTA, which eliminated the liability protection for sites facilitating sex trafficking.

"It's important that any changes to the law don't prevent new companies or businesses from being built, because innovation in the internet sector brings real benefits to billions of people around the world," Zuckerberg said in his written remarks. 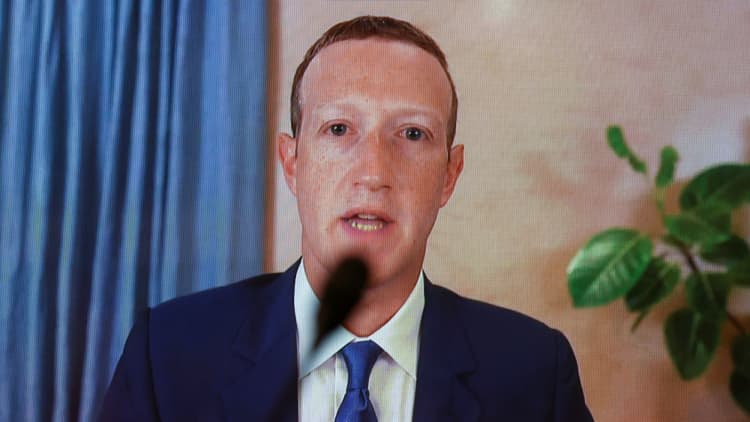 watch now
VIDEO7:4407:44
Facebook's Zuckerberg: There is a role for regulation to play
Squawk on the Street

Zuckerberg also talked about the company's efforts around the 2020 election.

He highlighted Facebook's moves to promote voter registration to users, fight misinformation and voter suppression, and tamp down on efforts to delegitimize the election. Zuckerberg pointed out that Facebook took proactive steps as the votes were being counted, like informing users of election results as they became available, attaching labels to messages seeking to delegitimize the election outcome or voting methods, and strengthening enforcement against militias and conspiracy networks.

In closing, Zuckerberg discussed the challenges of balancing "competing equities."

"Sometimes the right thing to do from a safety or security perspective isn't the best for privacy or free expression, so we have to choose what we believe is best for our community and for the world," he said in his written remarks.

"Making these tradeoffs is not straightforward, and whatever path we choose, inevitably some people are disappointed. In addition, people have very different ideas about how the internet should be governed. This is something many platforms struggle with, and it's why I believe we should resolve some of these tensions together as a society and in a way that people feel is legitimate."

WATCH: How the internet is regulated 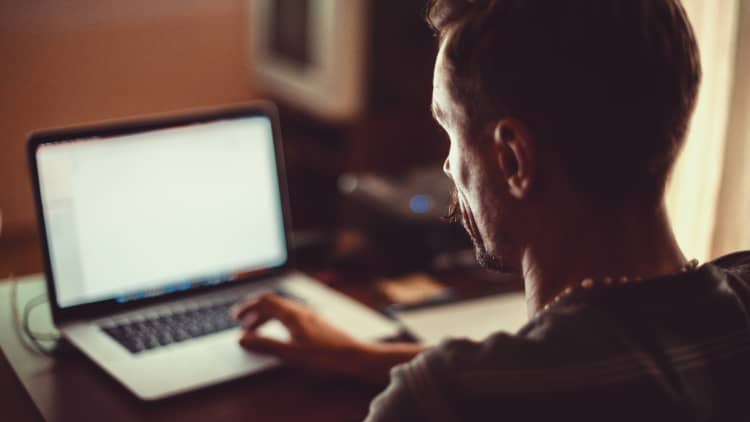