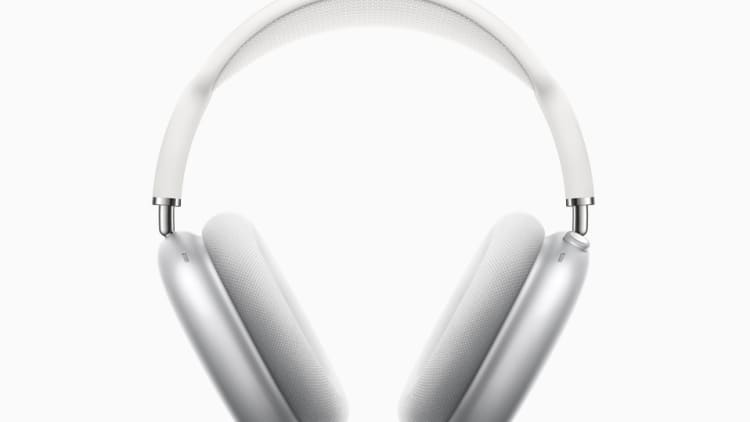 Apple on Tuesday announced AirPods Max, new over-ear noise-canceling headphones that will launch on Dec. 15 for $549.

The AirPods Max may be appealing to customers who didn't want in-ear headphones, such as the AirPods. They sit over your ears, which may be comfortable for longer periods but offer similar features like support for "Hey Siri" for voice commands, quick pairing to your iPhone and noise cancellation.

They also include transparency mode, which lets you hear noises around you, such as cars while walking on a busy street, and spatial audio, which makes it sound like audio from movies and TV shows is coming directly from an iPad or iPhone. The AirPods Max have sensors built into the earcups that allow them to detect when they're on your head or not. That way, music pauses if you take them off, or lift an earcup to speak to someone.

But they're also expensive for headphones. Most products in this category from competitors such as Bose and Sony, or even Apple's own Beats brand, cost around $350. Some of that cost may come down to materials, like the stainless steel headband, since other headphones are typically made out of plastic.

They also include large speakers, although they're the same size found on Sony's competing set, and a feature Apple says it took from professional speakers, called a ring magnet motor, which helps keep distortion under 1% across the entire audible range. The AirPods Max are powered by two of Apple's H1 chips, instead of just one, which help analyze and adjust music and noise cancellation based on your environment up to 200 times per second.

The AirPods Max also come with a little carrying purse with magnets that tell the AirPods Max to go into an ultra-low power mode to help save battery life when they're not in use.

There are other unique features, too, like a Digital Crown that's similar to the one on an Apple Watch, for adjusting volume or answering phone calls.

Apple promises up to 20 hours of battery life with noise cancellation, which is on a par or even below competitors.

The AirPods Max may just help Apple cater to a higher-end audience, however, since it already sells headphones ranging from about $50 through its Beats brand, up to $350. The AirPods Max are now the most premium tier and could be particularly appealing to business travelers who need noise cancelling headphones on airplanes, where one might normally see people wearing Sony and Bose headsets.

Apple's "other products revenue," which includes AirPods and Apple Watch, has been on a tear in recent quarters, with revenue up 20.9% year-over-year in the fourth quarter. 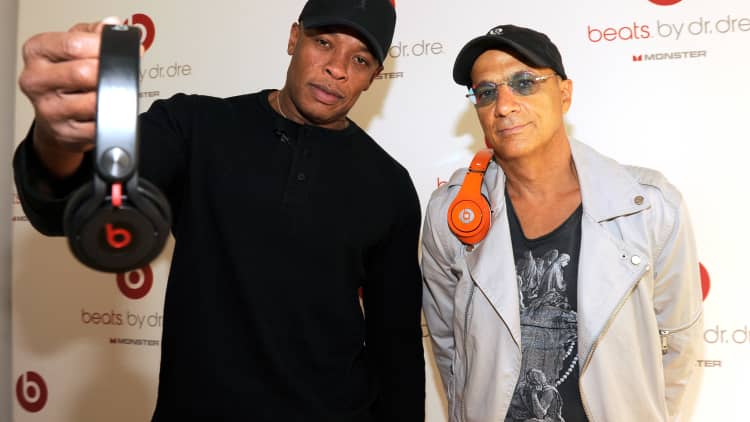