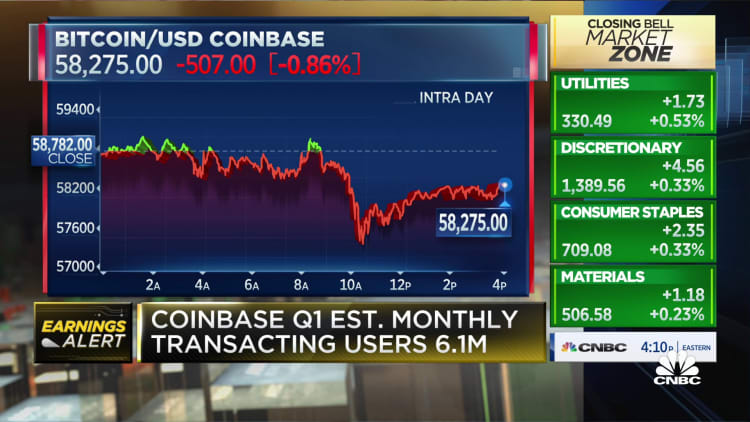 In preparation for its debut on the Nasdaq next week, cryptocurrency exchange Coinbase said on Tuesday that first-quarter revenue climbed about nine-fold from last year, driven by a historic rally in the price of bitcoin.

Revenue in the period jumped to about $1.8 billion from $190.6 million in the same quarter a year earlier, Coinbase said in a press release, adding that the results are preliminary and unaudited. Net income grew to between $730 million and $800 million from $31.9 million a year ago. Coinbase said it has 56 million verified users.

Coinbase is poised to become the latest tech company to hit the market with a massive valuation, capitalizing on continued growth in the sector despite broader economic struggles caused by the coronavirus pandemic. Trading on the private market has valued the company at $68 billion, a number that swells to about $100 billion when factoring in a fully-diluted share count. 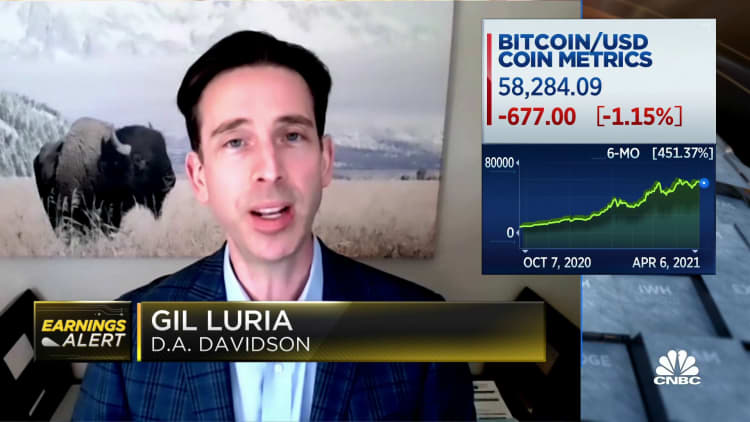 In the past seven months, software vendor Snowflake, food delivery app DoorDash, room-sharing site Airbnb and gaming platform Roblox have all gone public. Their market caps are currently between $40 billion and $113 billion.

Coinbase is unique because its valuation increase mirrors the trajectory of the top cryptocurrencies. Bitcoin is up about 700% in the past year, while ethereum has soared by more than 1,100%.

Bitcoin and ethereum in the past year
CNBC

Coinbase said last week that the SEC approved the direct listing, which is set for April 14. The company has said it plans to register nearly 115 million shares of Class A common stock, which will trade under ticker symbol COIN. In a direct listing, the issuing company forgoes selling new stock and instead allows existing stakeholders to sell their shares to new investors.

While Coinbase is heavily reliant today on attracting users who store and trade the two major cryptocurrencies, the company is betting on the development of a larger ecosystem of crypto-related assets in the coming years.

"We expect meaningful growth in 2021 driven by transaction and custody revenue given the increased institutional interest in the crypto asset class," the company said in the release.

In the first quarter, Coinbase said it had 6.1 million monthly transaction users (MTUs). As it looks to the full year, it's laying out three possible scenarios for that will determine revenue, since so much of its business is derived from those transactions.

Rising market values could result in MTUs of 7 million, Coinbase's most aggressive estimate. In the middle range, assuming a flat crypto market, MTUs would land at 5.5 million. And the most conservative prediction, should prices drop, is 4 million MTUs.

WATCH: Basketball, Bitcoin and the great Ketchup shortage of 2021 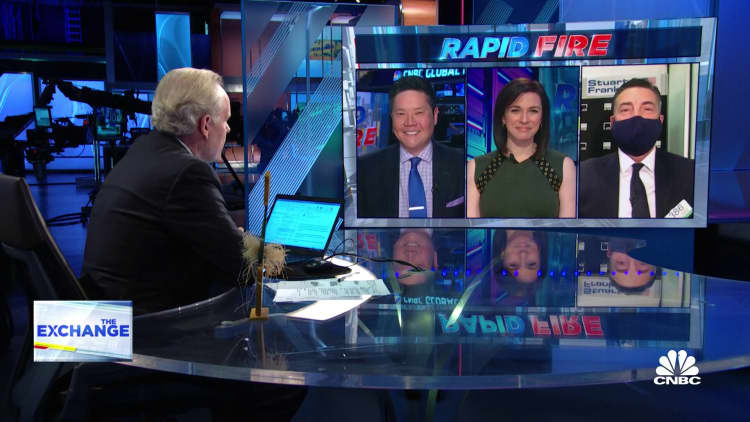