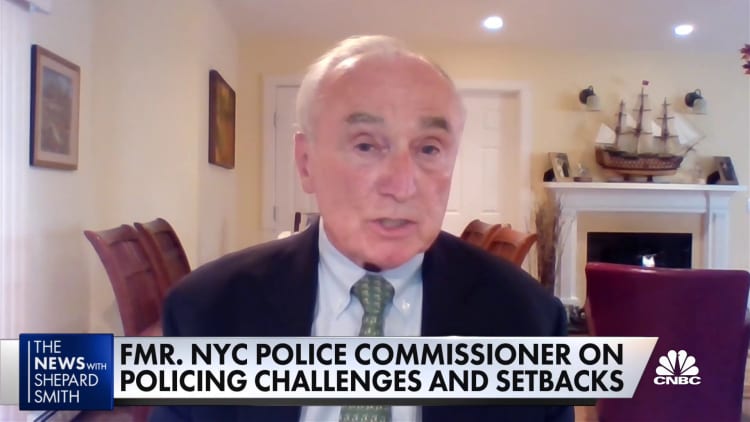 "We're in for a very long, dangerous summer, that's the reality," Bratton told CNBC on Monday.

"Unlike the last crime epidemic that took decades to build up to the early '90s, this one has occurred, literally, overnight, it's like the virus, literally, out of nowhere, and so solutions are not immediately apparent," he said.

Homicide rates in large cities were up more than 30% on average last year, and up another 24% during the beginning of 2021, according to a report from the New York Times, citing criminologists.

Bratton told "The News with Shepard Smith" that the crime landscape could become even bleaker, depending on the Supreme Court's ruling in a key gun control case that could make it easier to obtain and carry a firearm.

"The bad news is, come October, when the Supreme Court issues their ruling on gun licensing around the country, anybody in America will be able to carry a gun, anywhere, without a license," Bratton said. "So talk about a second virus striking, the future does not look very promising at the moment."

The U.S. has already seen 274 mass shootings in 2021, about 40% more than this time last year, according to the Gun Violence Archive. The nonprofit defines a mass shooting as one in which four or more people are injured or killed, not including the shooter.