Facebook is using a program that whitelists millions of VIP users from the company's standard content moderation practices, according to The Wall Street Journal.

The program is known as "cross check" or "XCheck," and it creates special rules for content moderation when it comes to millions of VIP accounts on Facebook and Instagram, according to internal documents obtained by the Journal.

Every day Facebook users can have their content taken down immediately if the company's artificial intelligence technologies or contracted content moderators find their posts to be in violation of the company's rules. Users in the XCheck program, however, may have their content stay live on Facebook's services before being routed into a separate moderation system. That process is also staffed by better-trained content moderators who are full-time employees, according to the report.

The report, which cites internal Facebook documents, said there were at least 5.8 million VIP Facebook users in 2020.

Among them is soccer star Neymar. In 2019, he posted nude photos of a woman who had accused him of rape to his Facebook accounts, according to the report. This type of content would have typically been removed, but XCheck protected Neymar's account and blocked Facebook moderators from taking it down right away.

A Facebook spokesperson told the Journal that the company is phasing out the practice of whitelisting. When asked for comment, Facebook pointed CNBC to a series of tweets from spokesperson Andy Stone.

Read the full report on The Wall Street Journal. 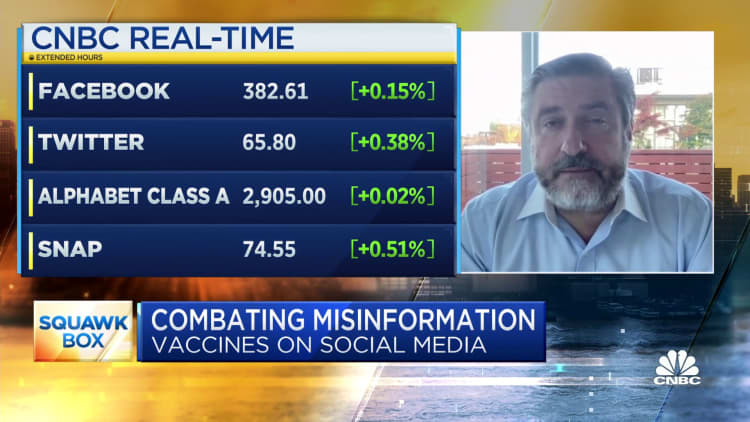