The indirect talks between the U.S. and Iran on the 2015 Iranian nuclear deal begin again on Monday after a months-long hiatus. A lot has changed since the negotiations halted, and while the stakes are high, observers aren't particularly optimistic.

Iran's foreign minister set the tone just before the talks began, with a statement that said there would be "no way to return" to the deal without the lifting of all U.S. sanctions imposed on Iran when it initially abandoned the multi-country pact in 2018.

"The return of the U.S. to the nuclear deal would be meaningless without guarantees to prevent the recurrence of the bitter experience of the past," Iranian Foreign Minister Hossein Amirabdollahian said Monday, adding that "this opportunity is not a window that can remain open forever."

"The prospects for reviving the JCPOA remain bleak, as Iran's maximalist negotiating demands and nuclear buildup signal that Tehran has likely moved on from the deal," Henry Rome, director of global macro research at political risk firm Eurasia Group, wrote in a note last week.

"The odds for a revival of the deal are low both this year and next year," he wrote, assigning a mere 10% probability for revival this year and 20% for next year, down from 30% previously.

The talks in Vienna are aimed at reviving the deal — officially termed the Joint Comprehensive Plan of Action (JCPOA) — that was penned under the Obama administration with several world powers and lifted sanctions on the Islamic Republic in exchange for curbs to its nuclear program. It's been on life support since former President Donald Trump's unilateral withdrawal in 2018 followed by the reimposition of harsh U.S. sanctions that have crippled Iran's economy.

Six prior rounds of indirect talks, conducted via European mediators between April and June of this year, failed to break the impasse between the two countries. Negotiations stopped with the election of hardline cleric Ebrahim Raisi as Iran's new president.

While Raisi has expressed his support for a return to the deal, he has made clear his distrust of the West. Tehran demands that all U.S. sanctions on Iran be lifted if the country is to walk back its ramp-up in nuclear activity; meanwhile, the Biden administration says it will only lift sanctions if Iran reverses its JCPOA breaches first. 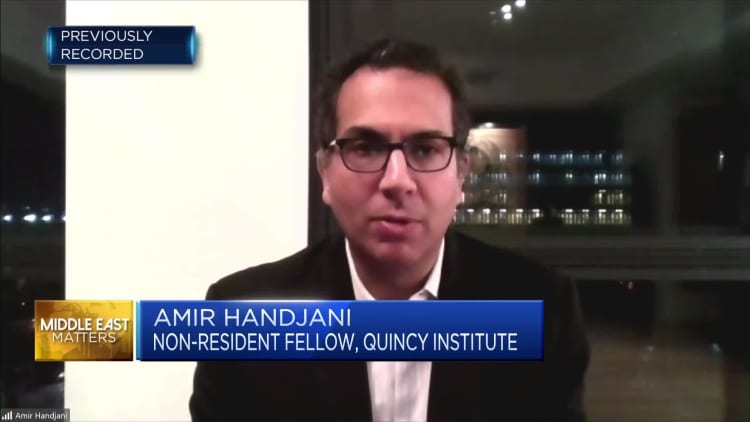 "Both the U.S. and Iran agree on returning to the deal. What is being hammered out are the terms and process of return, which has been made more difficult by domestic dynamics in both countries," Sanam Vakil, deputy head of the Middle East North Africa program at Chatham House, told CNBC on Monday.

The process has also been further complicated, she said, by "deep mistrust made worse by U.S. withdrawal and misreading of Biden's intention of quickly returning, and Iran's demand for assurances that the deal and its economic benefits can be insulated from future effects."

For Ali Vaez, Iran project director at the International Crisis Group think tank, the three issues at the core of the last talks and that need to be tackled this time around are "sanctions, nuclear, and sequencing" — sequencing referring to the order in which concessions are made and steps are taken by each side.

"None of these can be fully addressed in isolation from the others," Vaez wrote in a Twitter thread on Sunday.

Recent developments have thrown fresh challenges at hopes for the talks, including gridlock between Tehran and the U.N.'s nuclear watchdog, the International Atomic Energy Agency (IAEA). Last week, the two parties failed to agree on a key aspect of the IAEA's ability to monitor Iran's nuclear activity. Iran is refusing to allow IAEA access to its Karaj centrifuge component manufacturing facility and has resumed production there without IAEA monitoring.

"The failure to reach even a modest agreement was a surprise; we had expected Iran to make minor concessions to ease international pressure in the leadup to ... the resumption of nuclear talks," Eurasia's Rome wrote on Nov. 24. "That Iran did not do so, and instead took a hard line with the IAEA, is another negative sign about its interest in reviving the 2015 nuclear agreement." 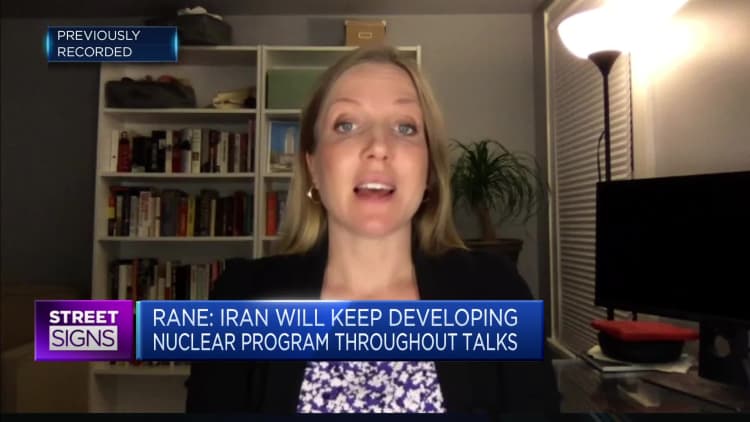 The warnings over Tehran blocking external monitoring, which had been a central part of the 2015 deal, was echoed by Behnam Ben Taleblu, senior fellow at the Foundation for Defense of Democracies.

"Iran's game is both simple and sophisticated. Impede monitoring and verification while growing the scale and scope of the program in a bid to drive America to lower its bottom line," Ben Taleblu said.

Iran's steady reduction of compliance to the nuclear deal has included increasing uranium stockpiling and enrichment levels far beyond the parameters set out in the JCPOA and to a level that many in the international community say is alarming.

Tehran insists that its moves are within its sovereign rights and are reversible, and that it acted in response to Washington violating the deal first by withdrawing.

"Iran has been playing hardball from the get-go," Ben Taleblu said. "With the new administration of Ebrahim Raisi at the helm, Tehran is more comfortable with nuclear escalation and contestation than before." 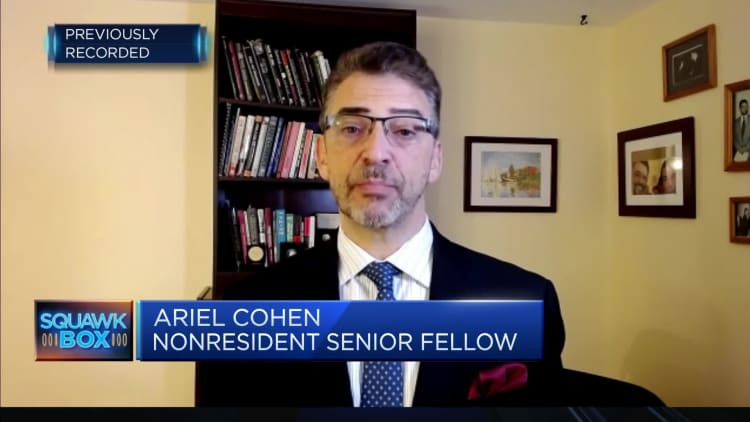 "There is reason for this confidence," he added. "Despite talk of a closing door or window, the Biden administration has not signaled any real willingness to revert to a real pressure policy, which in turn underwrites the next round of Iranian escalation," Indeed, there has not even been a move yet to censure Iran by the IAEA board, despite its nuclear advances thus far.

"Expect much posturing from Iran in the days ahead," Ben Taleblu said.

Despite the projected confidence from Iranian leaders, their economy is in desperate need of relief. The insistence by Raisi that the economy can be revived without sanctions relief is "optimism verging on fantasy," Vaez wrote on Twitter Sunday. "Even the expansion of economic ties with neighbours has a hard ceiling if JCPOA collapses."

The single most pressing factor now, Vaez and other experts say, may be time itself.

"The combination of long hiatus, nuclear advances & inconclusive IAEA talks means the clock — already ticking between Apr-Jun — is all the more of a factor now," Vaez said. "Foot-dragging or logjams were serious then, and are very much a concern now."