The announcement, made at Dubai Expo on Thursday, highlights the push in efforts toward sustainability as tackling climate change and environmental degradation become higher priorities for many governments and companies.

"This is the decisive decade," William said at the Expo site during an event celebrating some of the contest's finalists. "If we do nothing, by 2030 we'll be speeding toward increasingly devastating planetary and humanitarian crises as a result of our changing climate. We are still in a race against time."

The five winners of the Earthshot Prize, selected last year, each won £1 million from the Royal Foundation in grant money to scale and deploy their ideas. One winner was selected for each of the five award categories: nature restoration, clean air, ocean revival, waste reduction and combatting climate change.

During the event this week, five of the top 15 finalists for the Earthshot Prize pitched their ideas on a stage to an audience of investors, philanthropists, CEOs, diplomats and other dignitaries.

"We all understand the importance of protecting our planet," DP World Chairman Sultan Ahmed Bin Sulayem said during the event. "With 90% of global cargo traveling by sea, it is not surprising that protecting the ocean is very close to our hearts."

His company is one of the world's largest port operators, and has pledged to be net zero for carbon emissions by 2040. The maritime shipping industry accounts for about 3% of carbon emissions globally.

'We have to find solutions ourselves'

The two winners of the £1 million award this week from DP World, which will be split 50-50, were the founders of Coral Vita and Living Seawalls.

Coral Vita aims to restore the world's dying coral reefs, growing coral in high-tech labs in the Bahamas up to 50 times faster than their natural growth speed and then planting them into dying reefs around the world. Living Seawalls, founded by Mariana Mayer Pinto in Australia, develops replicable seawall panels that can revive marine life in areas where ecosystems have died out due to man-made coastal defenses like concrete seawalls.

Coral Vita was also one of the five winners of the first Earthshot Prize selected last year.

"As we wait for our governments and companies to stop killing the coral reefs, we have to find solutions ourselves," Coral Vita co-founder Sam Teicher told CNBC at the event, explaining that half the world's vital coral reefs are already dead, and over 90% are projected to die by 2050.

In addition to raising $4 million in funding from high-net worth angel investors and venture capital funds, the start-up has also gained revenue from its own business and "grants, prizes, things like the Earthshot Prize and now this commitment from DP World," Teicher said. "So we'll eventually be raising our Series A round to try and scale this globally."

While the five winners of the Earthshot prize were already selected in October of 2021 for the first-ever Earthshot Prize contest, those among the top 15 finalists are still aided by the Royal Foundation in getting their ideas out to investors.

David Auerbach co-founded Nairobi-based Sanergy, which develops sanitation products and turns sanitation waste into useable organic fertilizer and insect-based animal feed. He told CNBC that taking part in the Earthshot Prize contest was a significant help in getting exposure.

"It's been great being in the inaugural class" of the award, Auerbach said. "We've been getting a lot of support from Prince William and that network which is really exceptional, because people take their calls. And that's very valuable, because they put their social capital into this, and it really, really helps organizations like ours." 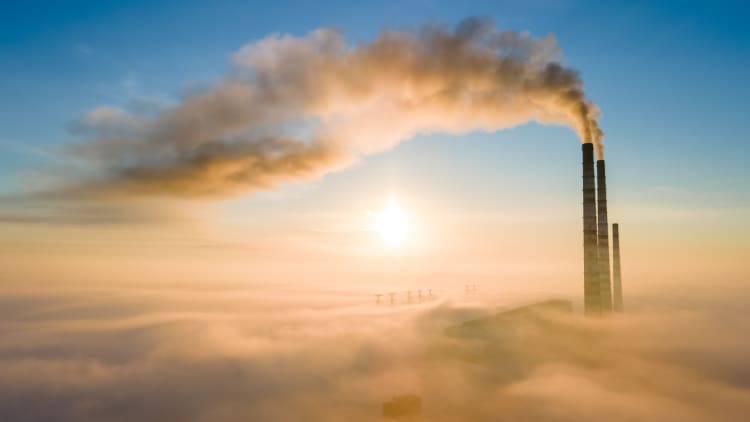 Sanergy is seeking $100 million in investment to scale his company, with 25% in equity and 75% in debt. Auerbach aims to replicate Sanergy's modular factories, currently operating in Kenya, to other emerging markets like Nigeria, India and Egypt.

"We need investors who care above all on how we are able to solve our food and agriculture challenges, as well as care about the environment."

Olubanjo Olugbenga, an Earthshot finalist from Nigeria, spoke at the event about his invention called the Reeddi capsule, which is a battery capsule providing low-cost electricity on a rental basis to homes that don't have power. Olugbenga grew up in Nigeria without access to power — attending the University of Toronto on a scholarship was the first time in his life that he had consistent electricity.

"I observed that even with solar initiatives, people are limited by the cost challenges — people need to buy a system to be able to access electricity. So what we did was eliminate that barrier with our business model," Olugbenga said. People can just rent the Reeddi capsule for as little as 50 cents per day based on their needs." Hundreds of the capsules are currently being used in western Nigeria, he said. 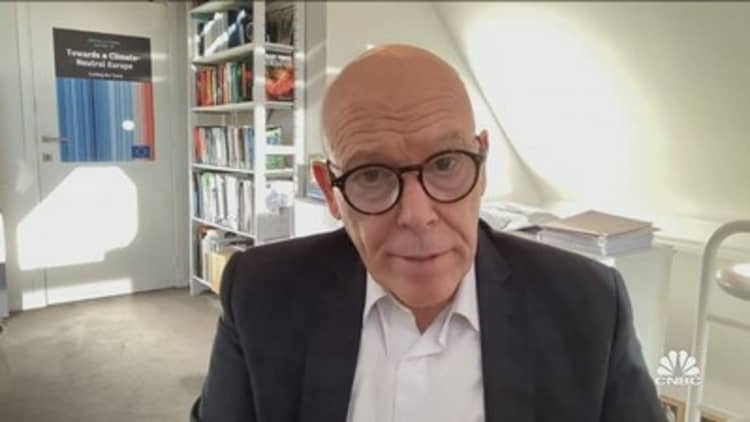 Reeddi has received angel investments from Shell Nigeria Impact Company AllOn and RMI accelerator Third Derivatives, along with Olugbenga's alma mater the University of Toronto, investors in the U.S. and Nigeria, and other institutions. He is seeking an additional $5 million this year to scale manufacturing operations and increase the number of Reeddi units from several hundred, to hundreds of thousands.

"Imagine what is possible if we could change the circumstances of millions of people who are energy poor," he said, adding that Reeddi's revenue has tripled since being a part of the Earthshot Prize contest.

"The exposure gave us a lot of access that we are trying to leverage to take our product to the next level."