If you're far from the destruction caused by Hurricane Ian in Florida, you may be thanking your lucky stars that your home wasn't in the storm's path.

Nevertheless, you also may want to consider whether you are prepared financially if disaster were to hit closer to home.

If you're a homeowner, whether you live in an area prone to hurricanes, tornadoes, flooding, hail, wildfires or severe storms — all of which seem to be becoming more prevalent amid a warming climate — it's important to know which types of weather-related damage your homeowners insurance covers, excludes or charges a separate, and likely higher, deductible for.

More from Personal Finance:
Here are some ways to trim your tax bill
How to get the best return on your cash
These resources can help struggling seniors

Ian was downgraded to a tropical storm Thursday after slamming into Florida's southwestern coast Wednesday as a powerful Category 4 hurricane with sustained winds of about 150 mph. The storm could regain hurricane strength as it heads into the Atlantic Ocean and then back toward the southeastern U.S. coastline, according to the National Hurricane Center. 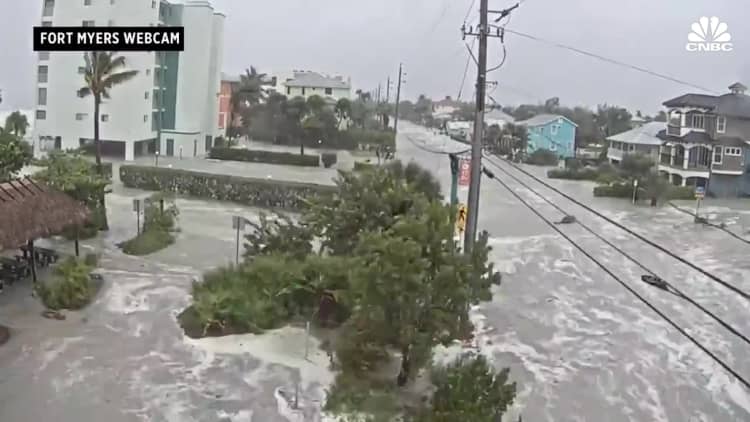 It's worth noting that before Ian made landfall, the home insurance market in Florida was in turmoil due to rampant roof replacement claim schemes and excessive litigation filed against property insurers, said Mark Friedlander, spokesman for the Insurance Information Institute. In 2021, Florida homeowners saw their premiums increase by an average of 25%, compared with 4% for the rest of the U.S.

"With a projected property damage loss in excess of $30 billion from Ian, we expect the market to become more unstable," Friedlander said.

Regardless of where you live, here's what you should review in your homeowners insurance policy for weather-related coverage.

Weather-related deductibles can be pricey

While many weather-related events are covered under the standard part of your policy, some fall under a different section that comes with a separate deductible.

If you live in a state along the East Coast or Gulf of Mexico, there's a good chance your policy has a hurricane deductible. Likewise, in states more prone to wind-related events — i.e., tornadoes — you're likely to have a wind deductible.

Either way, those amounts typically range from about 1% to 5%, with a minimum of $500, depending on the specifics of your insurance. Some homeowners might opt for an even higher deductible if it's available. 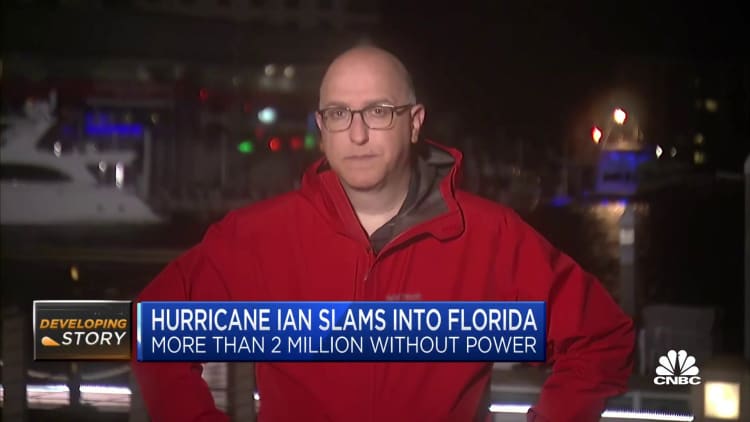 Be aware that for those percentage-based deductibles, the amount is based on your insured value, not the damage caused.

So if your home is insured for $500,000 and you have a 5% hurricane deductible, you'd be responsible for covering the first $25,000 regardless of the total cost of the damage.

Also, earthquakes are not covered by standard homeowners policies, even in quake-prone California — you'd have to purchase separate insurance — nor, typically, are other types of earth movement, i.e., landslides, sinkholes.

Flooding has become an increasing risk for homeowners as sea levels rise and storms grow larger. Yet just 15% of homeowners are insured to protect against flood damage.

"One of the most important policies to consider for hurricane protection that can be overlooked is flood insurance," Wilson said.

In Florida, more than 80% of homeowners do not have flood insurance, Friedlander said. "With catastrophic flooding from Ian occurring across the state, many homeowners will not have financial protection from these losses," he said.

Those homeowners will be able to apply for grants from the Federal Emergency Management Agency, but the amount typically covers only part of the homeowner's loss. For instance, after 2017′s Hurricane Harvey, which dumped as much as 60 inches of rain in some spots in Texas, the average FEMA grant for individuals was $7,000, while the average claim through the National Flood Insurance Program was more than $100,000.

If you're in a high-risk flood zone, your mortgage lender likely requires you to have flood insurance. Yet 1 in 4 flood claims come from homeowners outside of those areas, according to FEMA.

You can get coverage either through a private insurer or through the federal program, which is how most homeowners get a policy. There are exclusions and limitations on what is covered, however. And, other than a few exceptions, policies take 30 days to become effective.

The average yearly cost is $985, although that can vary widely. FEMA recently implemented Risk Rating 2.0, an actuarially sound approach to better assess individual flood risk, which has caused premiums to rise for some homeowners and fall for others.